Chinese billionaire Jack Ma has recorded a steep fall in his fortune within a span of less than one year, thanks to the Xi Jinping led communist regime in China 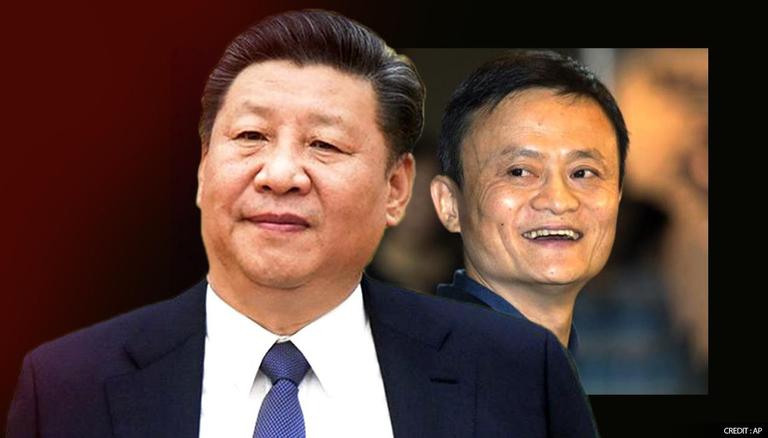 
Chinese billionaire Jack Ma who was said to be the richest man in China has recorded a steep fall in his fortune within a span of one year, thanks to the communist regime's clampdown. His net worth has nosedived to half in a year from its earlier position where it was operating at a level where only a select few global tech giants like Google, Amazon and Apple were bigger.

Jack Ma's case can be considered as a perfect example of what happens when a private businessperson in China speaks against the governing Communist regime. It is worth mentioning that Jack Ma abruptly came under fire from the Chinese regime after he spoke against the financial regulators in a public speech in October last year. Since then, his initial public offering by Ant Group Co. has been put on hold and he has largely stayed out of public view, amid larger fears that he has been abducted or is under some kind of house arrest.

Moreover, it is also said that Jack Ma was extremely popular outside China and was well known for being a face of the Chinese internet revolution, something that President Xi Jinping reportedly did not take kindly to. Forbes stated that Jack Ma's two companies - Alibaba and The Ant Group were synonymous with innovation in China, with the then Chinese media calling the rising tech sector in China as "The Era of Ma". Aside from the estimated $35 billion IPO being scuppered despite already having been approved, Ma's companies were also subjected to massive multi-billion dollar fines.

It has also come to the fore in March this year that the Xi Jinping-led regime pressurised Jack Ma to sell the South China Morning Post which was a Hong Kong-based daily, owing to its growing influence over public opinion in China.

Why is Xi Jinping after Jack Ma?

Chinese officials were said to be alarmed by the Alibaba group’s influence over social media in China especially as it held a major stake in Twitter-like Weibo which is China's most popular social networking site. Since taking over SCMP in 2015, Ma had successfully built a sprawling portfolio of media outlets that enjoy colossal influence online. Additionally, the Communist regime was also upset about its role in an online scandal that involved Jiang Fan, one of its own executives.

In December last year, Chinese regulators launched an anti-monopoly probe on the Alibaba Group as Chinese Communist Party was attempting to limit the rapidly-growing power of the tech industry. According to reports, Xi Jinping’s government was worried about the dominance of the companies including Jack Ma’s Alibaba which was one of the world’s biggest companies by sales volume.

In May 2021, Jack Ma also stepped down as president of Hupan University which is an elite business academy he co-founded six years ago. The move came in view of Chinese authorities' continued crackdown on the influence of the Alibaba Group Holding Ltd. The name of the premier educational institution was also changed to Hupan Innovation Center, dropping the word “university” because it is not a degree-granting educational institution. The institution is also said to restructure its curriculum because authorities were concerned that Ma was building a network at odds with the Communist party’s objectives.

Jack Ma has made only one appearance since he allegedly went 'missing'; issuing a video statement in which he didn't sound quite like himself and also made statements that Chinese commentators have said are indicative of the state putting words in his mouth, likening it to 'semi-retirement idealisms.' Now, with his fortune tumbling, China must answer - where is Jack Ma?

WE RECOMMEND
Where is Jack Ma? A look at Jack Ma's massive net worth as he is suspected missing