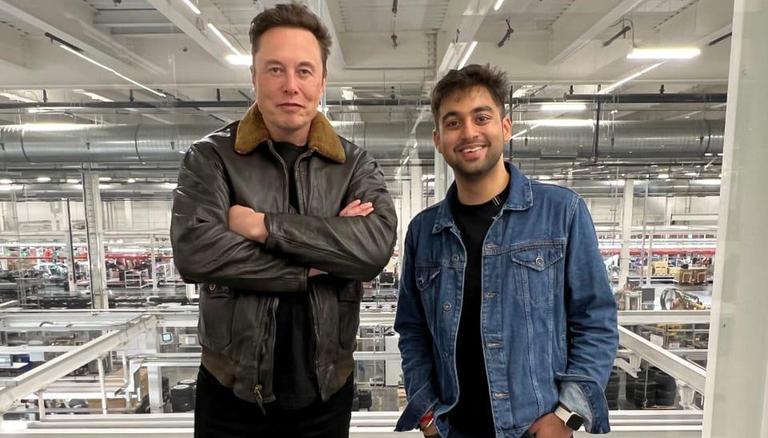 Taking to Twitter, Pranay Pathole, who works as a software developer for Tata Consultancy Services (TCS) said, “It was so great meeting you Elon Musk at the Gigafactory in Texas. Never seen such a humble and down-to-earth person. You're an inspiration to the millions.”

It was so great meeting you @elonmusk at the Gigafactory Texas. Never seen such a humble and down-to-earth person. You're an inspiration to the millions 💕 pic.twitter.com/TDthgWlOEV

Reportedly, Elon Musk and Pathole have been friends since 2018 on Twitter and he regularly corresponds with the billionaire tech mogul through direct messages on the microblogging website on a range of issues from technical stuff, the need for multi-planetary life and sending men to Mars.