Aam Aadmi Party (AAP) leader Amanatullah Khan tweeted about leading in Okhla, the constituency from where he is fighting the Delhi Assembly polls

Aam Aadmi Party (AAP) leader Amanatullah Khan tweeted about leading in Okhla, the constituency from where he is fighting the Delhi Assembly polls where the contentious Shaheen Bagh also lies.

Khan tweeted that he is leading by 22,000 votes after five rounds of counting, and then again, gave an update on 'Round 11'

However, as per the latest EC trends, Khan is trailing BJP's candidate Braham Singh, though not many votes have been counted (as of 11:20 am) 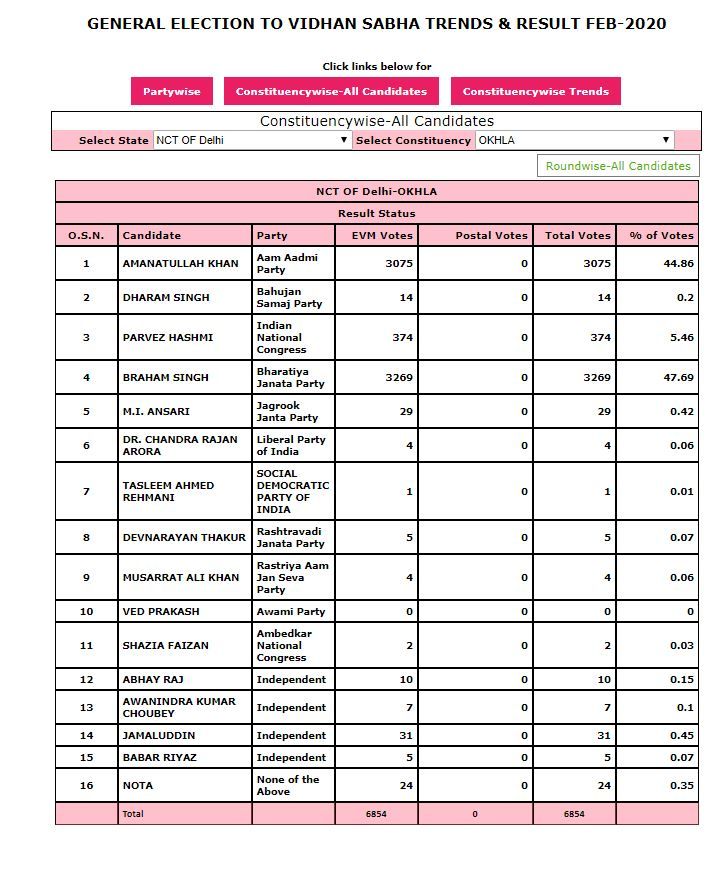 The voting for the 70-seat Delhi Assembly took place on Saturday, February 8, with the counting taking place on Tuesday. AAP convener and Delhi Chief Minister Arvind Kejriwal is expected to retain his office, as per the exit polls which were near-unanimous. The BJP, on the other hand, is projected to perform comparatively better and as per the Republic Jan Ki Baat exit poll, predicted to win 9-21 seats.

According to the latest trends at the time of writing, the AAP is ahead in 55 seats,  BJP in 15.