Addressing the media on Friday, Delhi BJP chief Manoj Tiwari announced the first list of 57 candidates for the upcoming Delhi Assembly election. AAP rebel Kapil Mishra has been given the ticket to contest from the Model Town constituency. On the other hand, party spokesperson Sardar RP Singh will contest the polls from the Rajendra Nagar seat. Rohini MLA and senior BJP leader Vijendra Gupta has been re-nominated by the party. Tiwari stated that the first list comprised of 11 SC and 4 female candidates. The party's Central Election Committee met on Thursday to finalise the candidates.

Contrary to speculation, none of the sitting parliamentarians featured in BJP’s first list. BJP’s Ravi Negi will take on Delhi Deputy Chief Minister Manish Sisodia. Moreover, Kumar Vishwas who has been perceived to have a political understanding with BJP also hasn’t found a place in the list. However, the fact that BJP hasn’t put up a candidate in either Krishna Nagar or New Delhi from where Delhi CM Arvind Kejriwal is fighting the election, leaves the possibility of senior BJP leaders such as Harsh Vardhan and Manoj Tiwari joining the poll fray open. 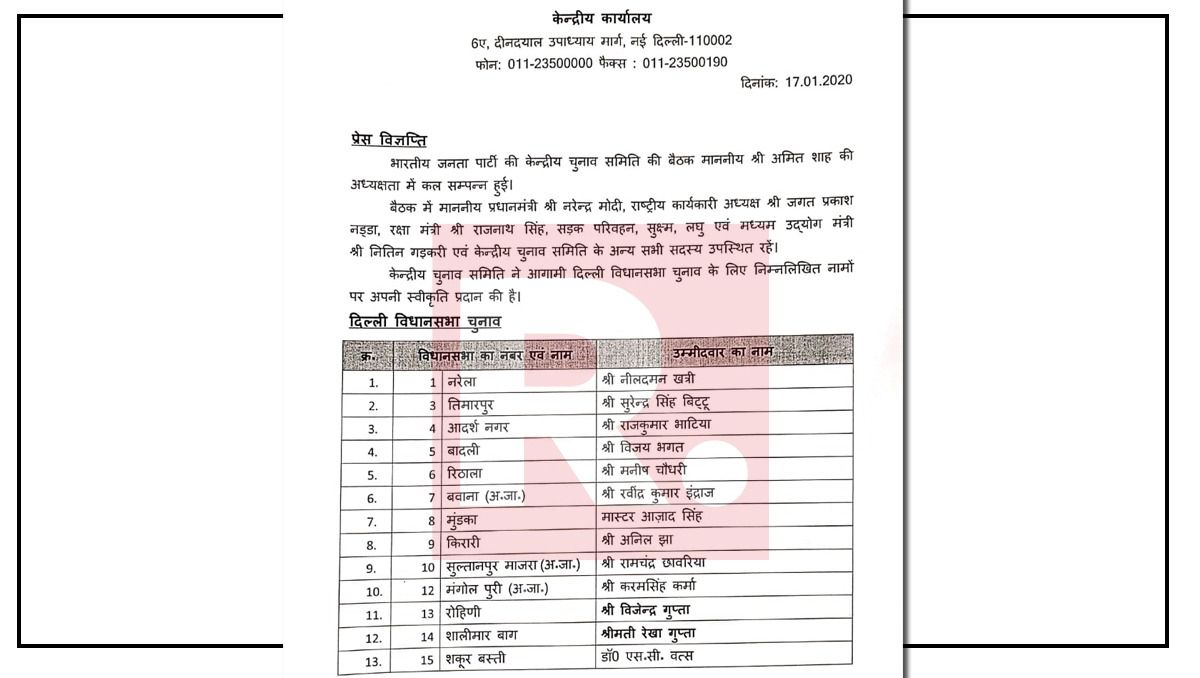 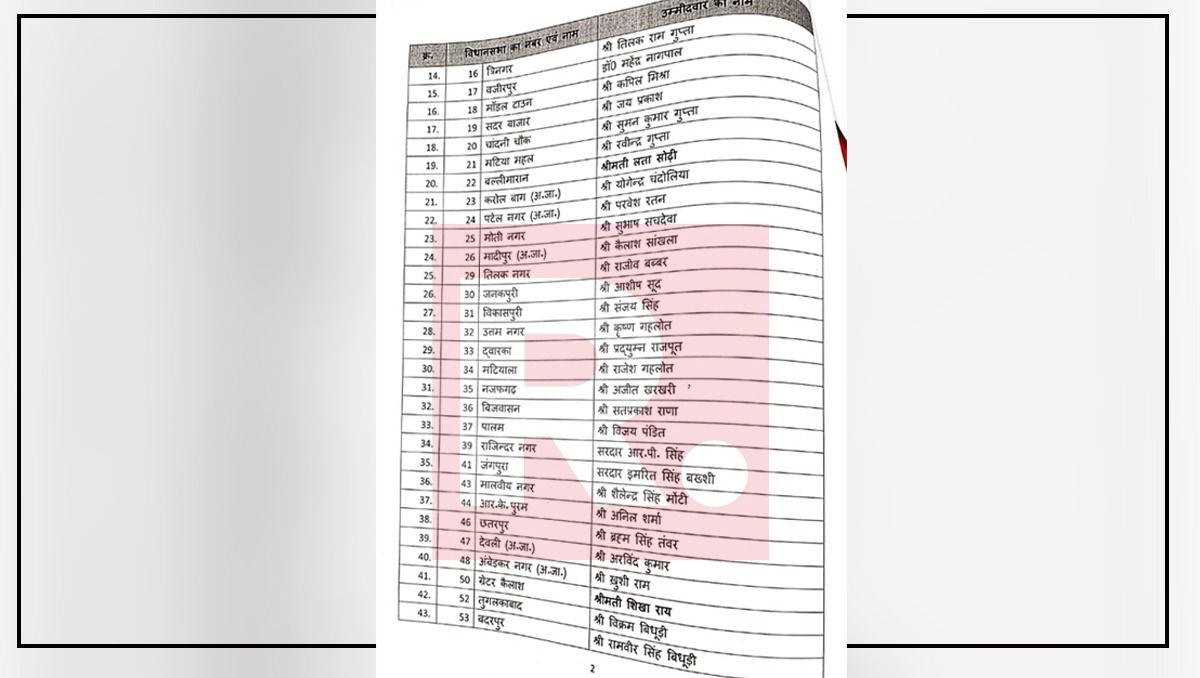 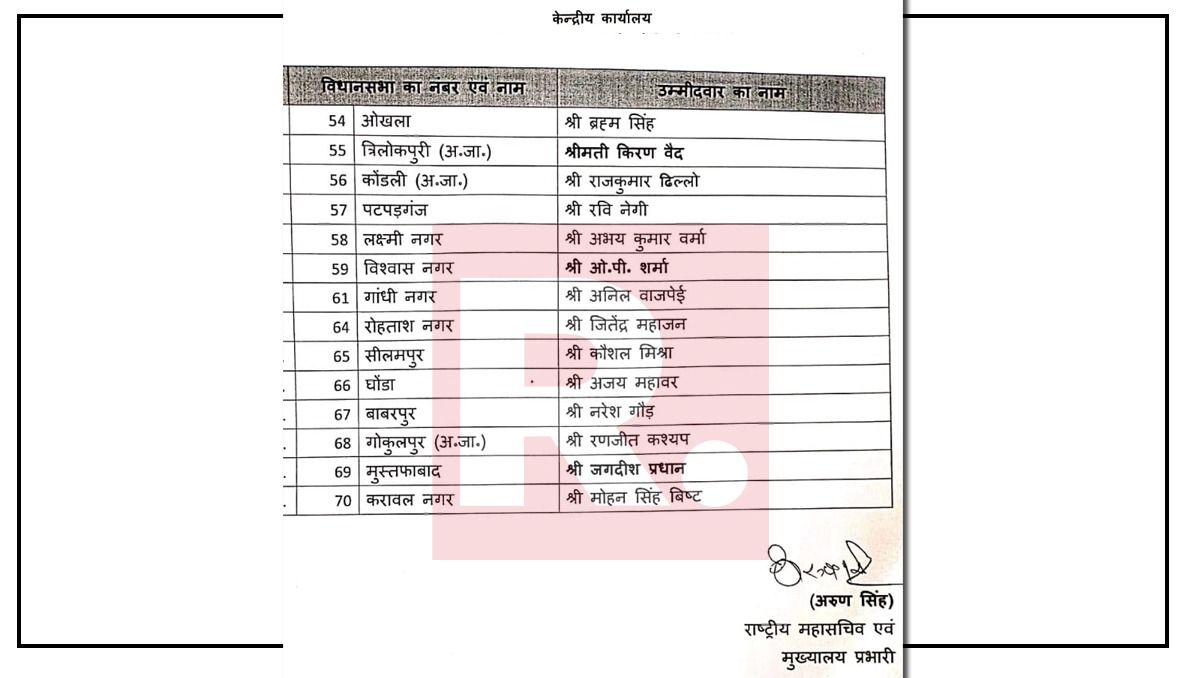 The Election Commission of India announced that Delhi would go to the polls on February 8. The results will be declared on February 11. In the previous election, AAP had won a resounding majority bagging 67 out of 70 seats as against BJP who could win only from three constituencies. So far, BJP has not named its Chief Ministerial candidate.

The Political Affairs Committee of the AAP approved all the 70 candidates for the upcoming Delhi assembly election. 46 sitting MLAs have been nominated by the party. On the other hand, 15 new candidates have been given tickets. The list features all the sitting ministers and also includes candidates such as Atishi and Raghav Chadha.