With just days to go for the assembly elections in Haryana, the Republic-Jan Ki Baat Opinion poll has presented a snapshot projection of where the various parties stand at the moment in the states. With its 90 seats, Haryana goes to polls on October 21, and results of the same will be announced on October 24. The Opinion Poll has made a promising projection for the ruling BJP under Chief Minister Manohar Lal Khattar.

For Haryana, which will to polls in a single-phase on Monday, the Jan Ki Baat poll projects that the Khattar-led BJP is likely to win between 58 to 70 seats, while the Congress is projected to win anywhere between 12 to 18 seats. While the newly stitched INLD-SAD alliance is projected to get 0 to 1 seat, the JJP that has been formed by Dushyant Chautala after infighting in the Chautala family, and is backed by former Congress chief Ashok Tanwar, is projected to get 5 to 8 seats. The Opinion Poll has also projected BJP to get a massive vote share of 56.7%. 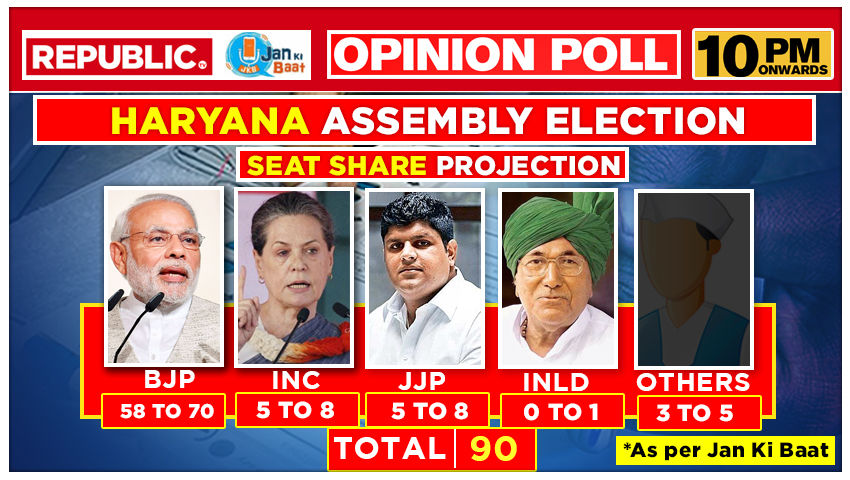 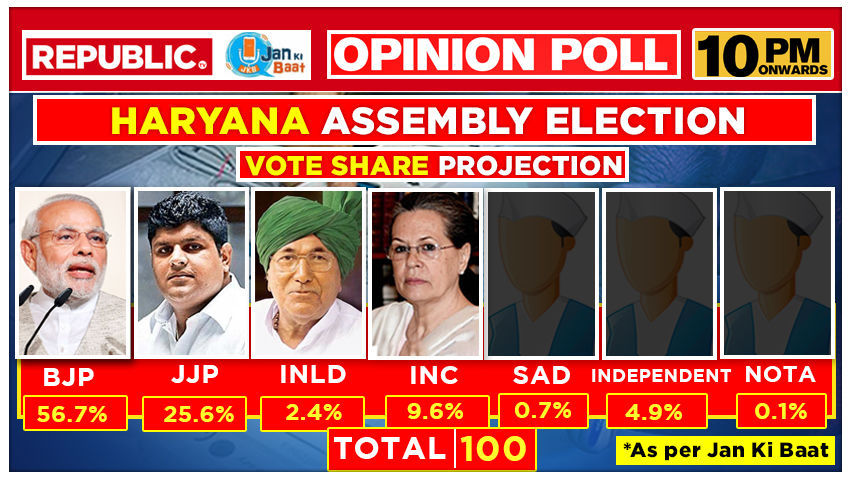 The saffron party swept the state winning all 10 seats in the Lok Sabha polls. The pattern in Haryana has been those leading in the General Election, stake claim to power in the elections that follow to the state assembly. The Jan Ki Baat’s projections reiterate the same trend.

READ: Congress hits out at Ashok Tanwar, says 'he was not a big leader'