"I am not unhappy that Mr Reginaldo Lourenco defected to the TMC," Chidambaram said, adding that the party along with AAP is fracturing the non-BJP vote. 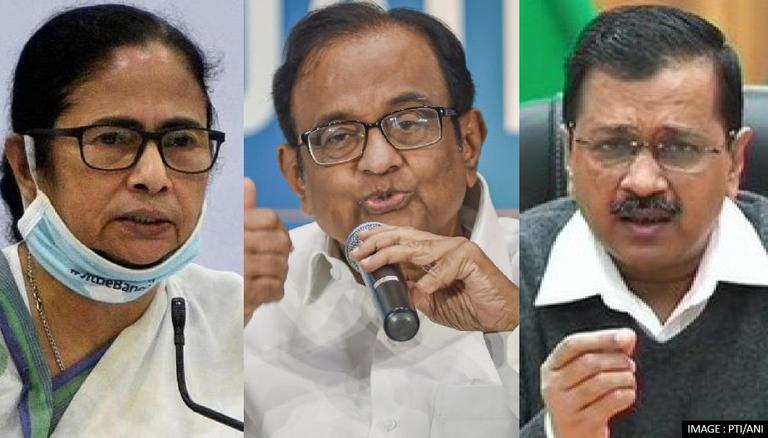 
Senior Congres leader P Chidambaram on Sunday said that the Trinamool Congress (TMC) and Aam Aadmi Party (AAP) are fracturing the non-Bharatiya Janata Party (BJP) vote in Goa, stating that the grand old party is the only one that has the capacity to defeat the saffron party.

Chidambaram, who is Congress' election observer for the upcoming Goa polls, said that loyalty to the party and the electorate is the prime criterion for selecting candidates for polls and believed that when elected, they will remain loyal to the party as well as the electorate. He said that a candidate will be picked up from the names proposed by the Block Congress Committee of the constituency.

His statement comes at a time when several Congress leaders and workers have left the party to join TMC, BJP or AAP. Recently, Congress state working president Aleixo Reginaldo resigned from the state's Legislative Assembly and joined the Mamata Banerjee-led Trinamool Congress.

Chidambaram told news agency PTI that Congress has deep roots in all Assembly constituencies in Goa and the people know it is the only party that can defeat Bharatiya Janata Party despite the latter's “money power and misuse of state power”.

“Ninety-nine per cent of Congress workers remain with the Congress. I am not unhappy that Mr Reginaldo Lourenco defected to the TMC. The TMC has taken a losing candidate from our hands and, if it fields him in the election, he will remain a losing candidate,” the former Union minister said. Chidambaram added that the TMC and AAP are fracturing the non-BJP vote. "Whether that will benefit the BJP, I cannot say," he said.

Ahead of the upcoming polls, Congress has formed an alliance with the Goa Forward Party (GFP) to fight polls to the 40-member state Assembly. GFP chief Vijai Sardesai had met Rahul Gandhi in the national capital and expressed his support for the Indian National Congress (INC).