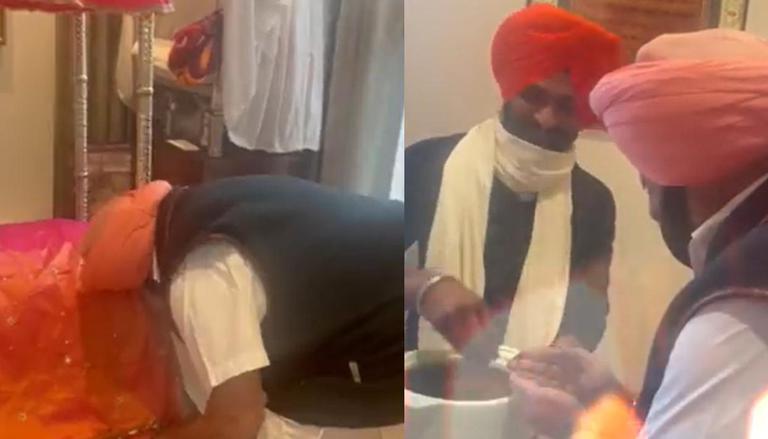 
Ahead of the Punjab Assembly Polls 2022, the state's former Chief Minister Captain Amarinder Singh on Monday inaugurated his new party office in Chandigarh. Amarinder Singh's newly-formed Punjab Lok Congress had officially opened its party office on Friday, December 3. Earlier in November, Amarinder Singh announced the name of his party and applied for registration with the Election Commission of India.

In a tweet, Captain wrote, 'Sought Waheguru Ji's blessings before I proceed to inaugurate the “Punjab Lok Congress” office today.'

Sought Waheguru Ji's blessings before I proceed to inaugurate “Punjab Lok Congress” office today. Prayed to the almighty for Punjab's prosperity and safety, as I pledge to continue working for my state and the welfare of it's people. pic.twitter.com/ewjipEppgB

As per Republic TV's live coverage from Chandigarh, the office is a two-storey building, with banners and boards featuring pictures of Capt Amarinder Singh on them. Apart from that, the party symbol and name is also displayed at the entrance of the office and further has a board displaying a WhatsApp number for anyone willing to join the party.

"WhatsApp your details and you will be a part of the Punjab Lok Congress", it reads.

Captain Amarinder Singh braces up ahead of Punjab elections

As Punjab is all set to go into Assembly Elections in 2022, Amarinder Singh has already commenced preparations for the same and is inviting several young leaders, former ministers, and leaders to join his newly formed party. Apart from that, he is also holding a series of meetings with senior BJP leaders for preparing his strategy for the upcoming election campaigns.

In his first official press conference Captain had confirmed that talks regarding seat-sharing are in full swing with the BJP and after PM Modi withdrew the three farm laws, Amarinder Singh was quoted saying, 'there is no problem now'. Meanwhile, he had also met with Haryana Chief Minister Manohar Lal Khattar at his residence and added that his party will form the next government in the state along with the BJP and a breakaway Akali faction.

Singh left Congress following his resignation as the CM of Punjab after a bitter power tussle with State Congress President Navjot Singh Sidhu and later announced his own party. According to an aide of Capt Amarinder Singh, the Punjab Lok Congress is supposed to get approval from the Election Commission of India along with the poll symbol this week as all mandatory requirements have been met.