'Every Punjabi Has Debt Of 1 Lakh, AAP Will Remove It,' Says Bhagwant Mann Ahead Of Polls

'Punjab has a debt of over 3 lakh cr & a population of 3 crore people, which means every Punjabi bear a debt of 1 lakh, we will remove it,' says Bhagwant Mann 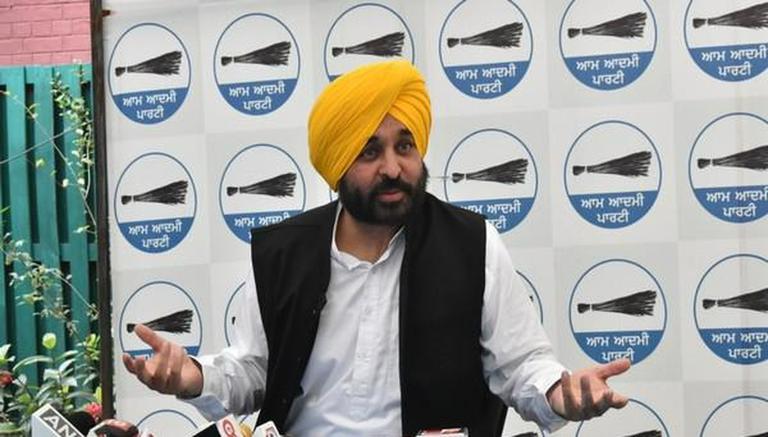 
With the 2022 assembly elections inching closer, Aam Aadmi Party Punjab chief & only MP from Punjab, Bhagwant Mann on Friday announced a slew of promises to woo voters. The AAP leader announced that if voted to power, his party will make the state debt-free and will work in tandem with the Union government & central agencies to bring development in Punjab.

Mann attacked the previous state governments and contended that 'Punjab has a debt of over 3 lakh crore and a total population of 3 crore people, which means every individual in the state bears a debt of one lakh rupees.'

Alleging that all other political parties that have ruled the state previously - Congress, BJP & SAD, have all looted Punjab, he claimed that their wealth kept increasing steadily, while the state became debt-laden over the years.

"Today Punjab has a debt of over three lakh crore and Punjab has a population of three crores. Thus, every Punjabi has a debt of one lakh on his head, meaning every child born in Punjab is being born under debt. The wealth of the ruling families of Punjab and the leaders of Congress, BJP and SAD was steadily increasing," he said. "After the formation of Aam Aadmi Party government in Punjab, the government treasury will be filled and along with fulfilling the guarantees given by party chief Arvind Kejriwal, Punjab will get rid of debt of over Rs. 3 lakh crore," he added.

'We will work in collaboration with centre': Bhagwant Mann