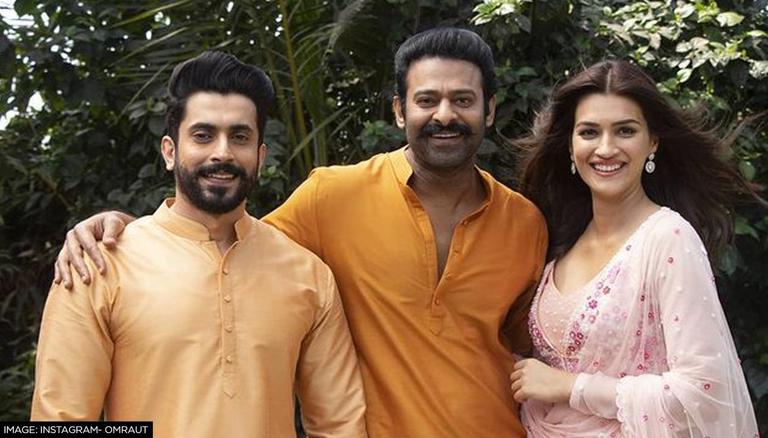 
As the audience is awaiting the release of Prabhas' highly-anticipated movie, Adipurush, the cast and crew members of the show have constantly been sharing glimpses from the sets on social media and leaving the fans curious. The movie director, Om Raut recently announced the wrap of the film and shared a picture of himself with the lead cast of the film.

Many fans took to social media and expressed their excitement for the film while many others urged the makers to unveil the actors' first look from the movie.

Adipurush cast pose together as they wrap up the shoot

Adipurush director, Om Raut, who has also directed the film, Tanhaji, recently took to his official Instagram handle and shared a vibrant picture of the cast and crew members of his upcoming movie. The first picture included the actors namely Prabhas, Kriti Sanon, Sunny Singh and Saif Ali Khan posing for the camera along with other crew members. Prabhas can be seen wearing a black tee and a black scarf covering his head while Kriti sports a cool Red Paris t-shirt and blue jeans. On the other hand, Sunny Singh was seen wearing a black t-shirt and a pair of sea blue coloured lower while standing next to Saif donned in a cool tee and a red bandana on his head.

In the caption, the director announced the shoot wrap for Adipurush and added how it was a wonderful journey that had come to its finish line. Stating further, he exclaimed that he cannot wait further to share with the audience the magic they'd created and revealed the shooting was wrapped in 103 days. The caption read, "It's a shoot wrap for Adipurush!!! A wonderful journey has come to its finish line. Can't wait to share with you the magic we have created[sic]."

Numerous fans took to Om Raut's Instagram handle and congratulated him and the entire team of the film on wrapping up the shoot. Many of them also asked the director to reveal the first look of the film as well as of the actors while some others dropped hearts and heart-eyed emojis in the comments section. Take a look at some of the fans reactions to Adipurush director, Om Raut's latest Instagram post.

READ | Sunny Singh celebrates 100 days of 'Adipurush'; opens up on bond with Prabhas 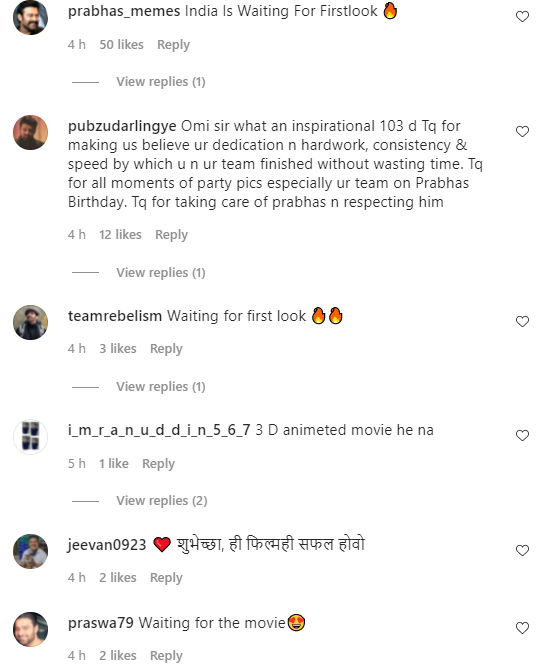 Adipurush release date in theatres for Telugu and Hindi along with its dubbed versions in Tamil, Kannada, and Malayalam has been set for 11 August 2022.