Ajay Devgn To Embark 'Into The Wild With Bear Grylls' After Akshay Kumar, Rajinikanth

After Akshay Kumar and Rajinikanth venturing into the wild, Ajay Devgn is all set to be a part of the latest episode of 'Into The Wild With Bear Grylls'. 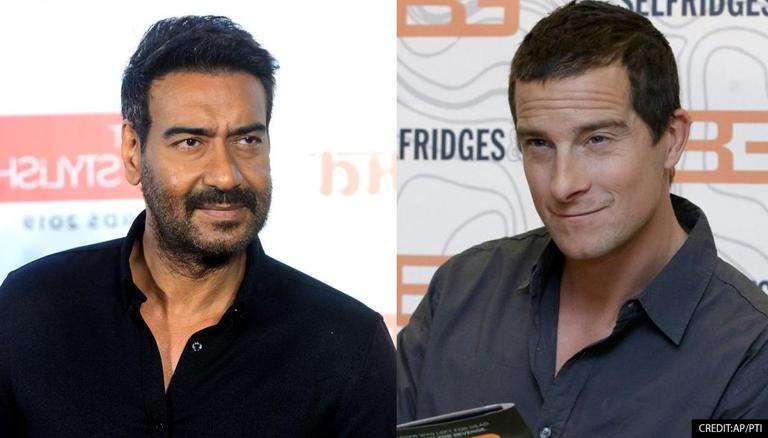 
Bear Grylls is known for his undying adventure streak as he constantly envisages into the wild. Grylls is accompanied by a new well-known Indian personality in the show Into The Wild With Bear Grylls, which runs on the same survivalist concept as the rest of his shows like Man Vs Wild or Running Wild with Bear Grylls. Global icons like former US president Barack Obama, Channing Tatum, Kate Winslet, Michael B. Jordan, Kate Hudson, Zac Efron among others have been a part of his international show.

Now, in exciting news for the Indian audience, after successful episodes with Tamil superstar Rajinikanth and Bollywood’s Akshay Kumar, Discovery has reportedly roped in Ajay Devgn for an upcoming episode for his Indian reality survival show. Grylls has previously collaborated with PM Narendra Modi as well in a special episode called Man vs Wild with Bear Grylls and PM Modi in 2019.

As per a report, it has been confirmed that Devgn has taken a chartered flight on Sunday, September 12 to the Maldives, the island nation where the shoot is slated to be held. Ajay's fitness levels and survival skills will be put to test as he ventures into the wild. Last year, Akshay Kumar had shot the episode in the famous Bandipur National Reserve, Karnataka, which is known to harbour the second-highest tiger population in India. Even superstar Rajinikanth had shot in the Bandipur forest, marking his first television presence after 40 years.

After our episode with Prime Minister @NarendraModi of India helped create a bit of TV history, (3.6 billion impressions), superstar @Rajinikanth joins me next, as he makes his TV debut on our new show #IntoTheWildWithBearGrylls on @DiscoveryIN. #ThalaivaOnDiscovery pic.twitter.com/WKscCDjPZc

Prime Minister Modi's stint in the show was a global hit in 2019, shot at the Jim Corbett National Park in Uttarakhand. It was officially the world’s most trending televised event during the time of its release, making a total of 3.6 billion Twitter impressions. The recent episode of the Singham actor will be streamed first on the Discovery+ app.

READ | Netflix x Bear Grylls 'You vs. Wild: Out Cold' new trailer out; release date & all we know

Ajay made his latest appearance with the war film, Bhuj: The Pride of India, set during the  Indo-Pakistani War of 1971. He was seen alongside Sanjay Dutt, Sonakshi Sinha, and Nora Fatehi. He will now be seen in the Telugu period drama helmed by S. S. Rajamouli, titled RRR, which also stars N. T. Rama Rao Jr., Ram Charan, and Alia Bhatt. Apart from these, he has movies like Gangubai Kathiawadi, Maidaan, and Mayday in his kitty. The actor also marks his web series debut with Rudra – The Edge of Darkness.