Akshay Kumar's 'Bell Bottom' Slated To Have A Sequel? Here’s All We Know 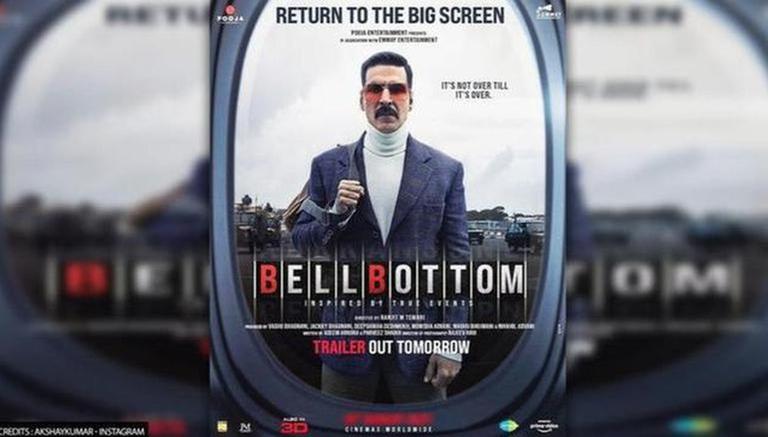 
Akshay Kumar starrer spy thriller film Bell Bottom was recently released in the theatres for the audience and has been having a slow but good run at the box office. The movie had an open ending which made the fans wonder if there were upcoming instalments of the movie planned. Recently, Aseem Arrora and Parveez Shaikh, the writers of the movie, opened about a possible sequel of the movie and explained the ending.

Bell Bottom sequel on the cards?

In a recent interview with Pinkvilla, writers Aseem Arrora and Parveez Shaikh hinted at a possible sequel to the movie. They explained that the team of the spy thriller movie had been discussing ideas to take it forward. They said that lead actor Akshay Kumar was really fond of the film and wanted to create a franchise. Speaking about the open ending of Bell Bottom, Aseem said that the ending was always a part of the film. He added that it was not a gimmick and the character layers are pronounced in every single scene of the film, it was organic. Assem further explained that they were yet to crack a story and hoped that everything would fall in place.

Akshay Kumar plays an undercover agent who goes by the code name ‘Bellbottom’, who is brought in for a covert rescue operation after a plane is hijacked and plans a covert operation to rescue the Indian citizens stuck on the hijacked plane. Vaani Kapoor plays his wife while Huma Qureshi is one of his team members in Dubai. Lara Dutta plays the role of former Prime Minister of India, Indira Gandhi. Bell Bottom is inspired by the real-life hijacking events in India by Khalistani separatists during the 1980s, such as the Indian Airlines Flight 423, 405 and 421 hijackings.

Bell Bottom was released on 19 August and was one of the first movies to release in theatres after, they reopened post the lockdown in few states. As per Bollywood Hungama, the movie had collected ₹17.40 crore in 7 days, keeping in mind the limiting seating of 50 per cent due to the protocols of COVID-19.