In the picture, Sonam Kapoor can be seen holding baby Vayu in her arms. Along with the image, Anand Ahuja also posted a poem on parenting. 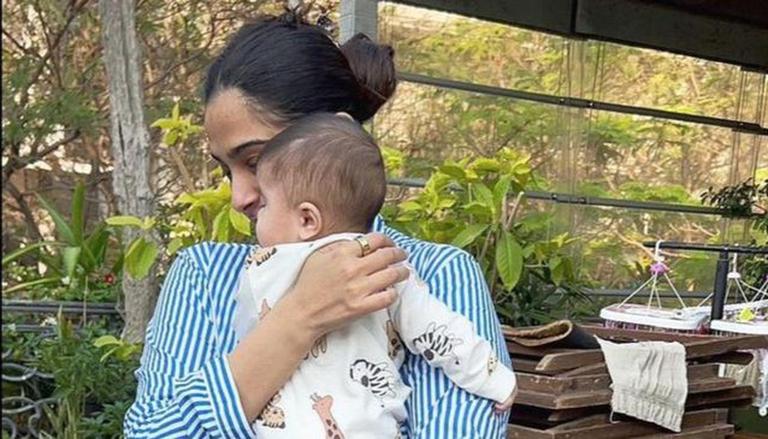 
Anand Ahuja shared an unseen picture of his son Vayu with Sonam Kapoor on his Instagram on Wednesday.

In the picture, Sonam can be seen holding Vayu in her arms. Along with the image, Anand posted a poem on parenting by American-Lebanese writer, Khalil Gibran. He also talked about missing his family in India while the entrepreneur is in London.

"I read this years ago and have always remembered it. Saved it so I could always refer to it and now so grateful to put it into practice w @sonamkapoor … missing you both too much. #VayusParents #EverydayPhenomenal," he added.

Sonam and Anand Ahuja exchanged vows in a conventional Anand Karaj ceremony on May 8, 2018. Last year, they gave birth to a boy named Vayu Kapoor Ahuja. Sonam and her son have since remained in India, while Anand moved into their London home.

On the work front, Sonam Kapoor will next be seen in Shome Makhija's Blind alongside Purab Kohli, Vinay Pathak, and Lillete Dubey.