Anil Kapoor Shares A Throwback Thursday Picture On His Instagram

Anil Kapoor, who has been in the industry for around 4 decades shared a #throwback Thursday picture on his Instagram story. Read to know about what he posted

Did you know that Anil Kapoor, who is known for his performance in films like Mr. India, Tezaab, Beta, Ladla, Ram Lakhan, Nayak and many more's plea was rejected by then FTII's head Girish Karnad? Anil Kapoor always wanted to be an actor and was passionate about acting since he was a kid. The actor wanted to learn acting from Pune Film Institute but he could not crack the written exam to get the admission. Thus, he pleaded for an admission to Mr Girish Karnad, who was the head of FTII back then but he too rejected his plea. The Tezaab actor had to then take admission in Roshan Taneja's acting school. 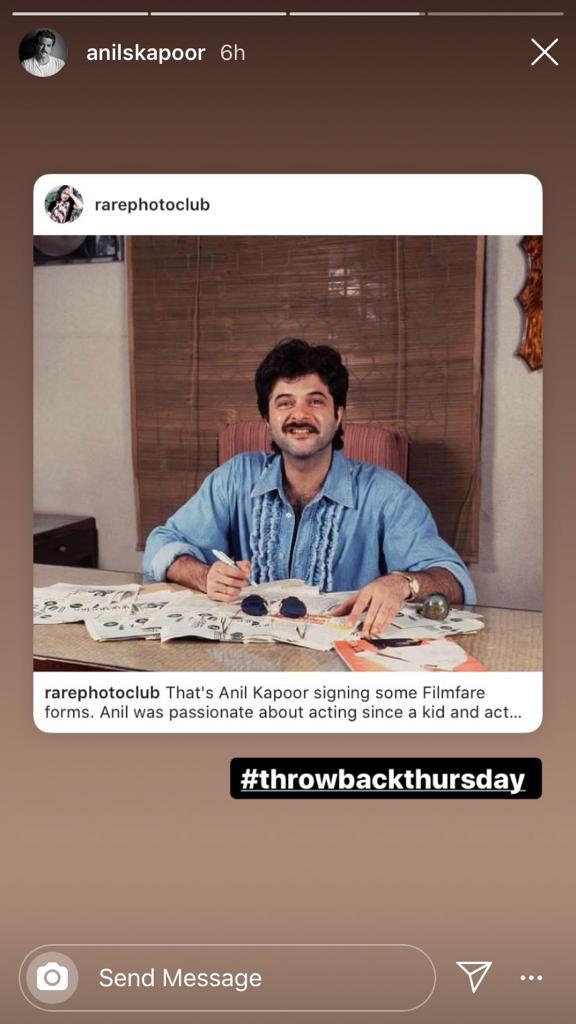 Anil Kapoor's debut film was a Telugu film titled Humare Tumhare which released in 1979. It is been around four decades that the actor has been in the industry but his aura is still of a megastar as he still continues to work in movies and perform exceedingly well. He was last seen in Total Dhamaal alongside Madhuri Dixit and a bunch of other actors.