Anupam Kher Shares His First Look From 'The Kashmir Files'; Says It Is 'more Than A Film'

Anupam Kher took to his Instagram to share his first look from the upcoming flick The Kashmir Files from the makers of the 2019 drama film The Tashkent Files. 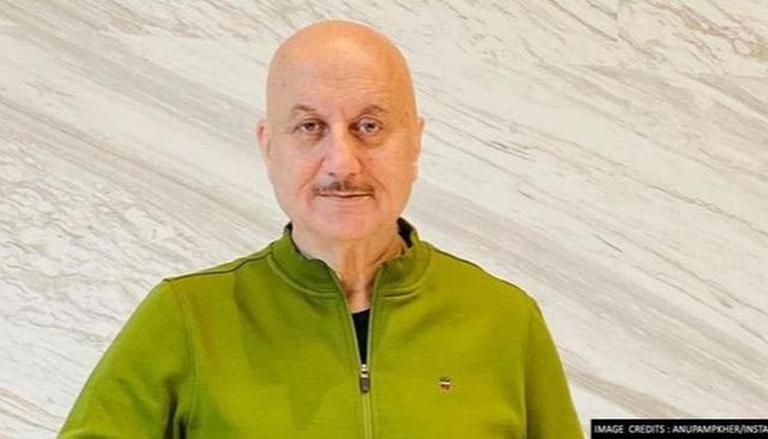 
Veteran actor Anupam Kher is all set to bring the heart wrenching real story of Kashmiri Pandits through his upcoming flick The Kashmir Files next. Coming from the makers of the critically acclaimed 2019 drama film The Tashkent Files, the forthcoming thriller mystery will release on Republic Day next year. Almost a month ahead of its release, the actor shared his first look from the film which was enough to fuel the anticipation of his fans.

Taking to his Instagram on 20 December, the 66-year-old actor shared the motion poster revealing his first look from the movie. The poster read, ''Article 370 Hatayo, Kashmir bachao'' as Anupam Kher held a pensive look on his face. In the caption, he revealed dedicating the movie to his father Pushkar Nath ji as he also named his character after him. He wrote,

''I have dedicated my performance in #TheKashmirFiles to the memory of my father #PushkarNath ji. I have also named my character in the film #Pushkar. It is more than a film for me.'' He added, '' It is the #TRUTH of millions of #KashmiriPandits kept hidden from the world for more than 30years. Finally it will be revealed on 26th Jan, 2022. Sharing my first look with you all! Please help us in spreading the truth. Thanks. 🙏🙏 #RightToJustice? #TheKashmirFiles #RepublicDay #हम_देखेंगे।''

For the unversed, The Kashmir Files which is based on a true story will depict the ordeal and genocide of the Kashmiri Pandit Community. Based on their video interviews, the movie will compel the audience to question the system and unveil hard-hitting facts about democracy, religion and politics through its narrative.

Anupam Kher is set to play a key character of a retired professor of Philosophy, Pushkar Nath Pandit. The film will chronicle his ordeal of fleeing Kashmir from Srinagar with his son, daughter-in-law and two grandsons on the night of 19 January 1990.

More on The Kashmir Files

Written and directed by Vivek Agnihotri, the film also features Mithun Chakraborty, Darshan Kumar, Pallavi Joshi, Chinmay Mandlekar among others. The film is bankrolled by Tej Narayan Agarwal, Abhishek Agarwal. Pallavi Joshi and Vivek Agnihotri along with Zee Studios. It is slated for a Republic Day 2022 release.