Katrina Kaif & Vicky Kaushal have been sparking dating rumours ever since they were spotted together in the public a couple of times. Know if there are engaged! 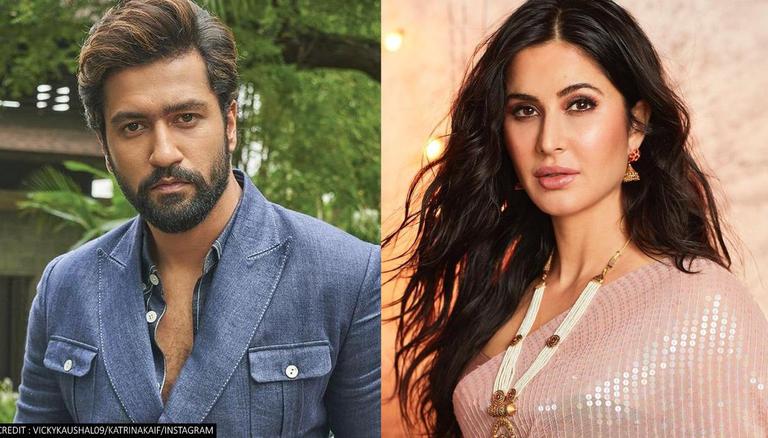 
Actors Katrina Kaif and Vicky Kaushal have been sparking dating rumours ever since they were spotted together in the public. From being spotted at screenings to being papped outside each other’s house, the two stars have left their fans on toes. Earlier, the news of their relationship going to the next level surfaced on the Internet. According to various reports, the couple will soon have a Roka ceremony, preceded by an engagement. Later clearing the air of speculation, Katrina’s team squashed all the rumours.

After actor Harshvardhan Kapoor revealed that the relationship rumour about Vicky Kaushal and Katrina Kaif is true, fans of the two actors were quite happy to know about the development. On August 18, social media was abuzz with the news of Katrina Kaif and Vicky Kaushal's engagement. However, the actress's team has clarified that there is no truth to the rumours. Some media reports claimed that the actors are going to have their Roka ceremony soon, which was supposed to be followed by an engagement. The team of the Bharat actor also revealed that Katrina is set to begin the shooting of her upcoming film Tiger 3 and is busy with her professional commitments.

Katrina Kaif and Vicky Kaushal met for the first time on the sets of a talk show. Later, according to reports, the two started dating after meeting a couple of times. Previously, the two crossed paths during the Shershaah screening. However, they didn't step out together after the film was over. While Vicky came out of the theatre first, Katrina waited for her sister Isabella Kaif before stepping out.

Meanwhile, on the professional front, Vicky Kaushal will be seen next in Aditya Dhar's The Immortal Ashwatthama. Apart from this, Vicky also has Sardar Udham Singh, Sam Bahadur, The Great Indian Family, and Mr. Lele in the pipeline. Katrina, on the other hand, will be seen in the new project, Jee Lee Zara, with Priyanka Chopra and Alia Bhatt. The film will be directed by Farhan Akhtar. She is also shooting for Tiger 3.