Actor Arjun Kapoor who is known to shred extra kilos before his debut in Bollywood recently took to Instagram and shared his thoughts on ‘self-love.' 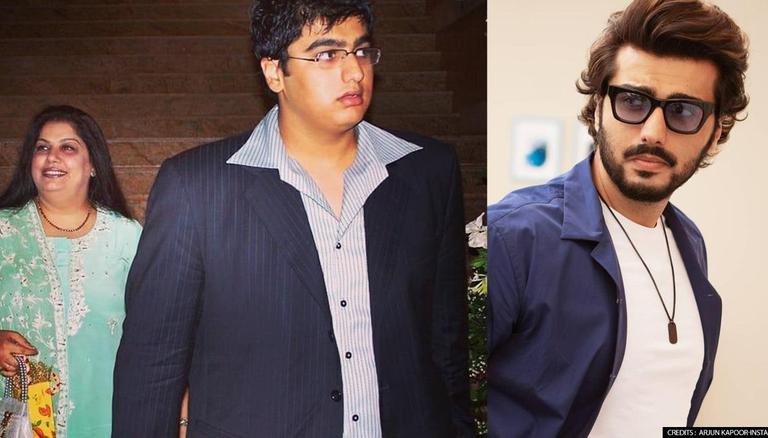 
Actor Arjun Kapoor, who shed the extra kilos before his debut in Bollywood, recently took to Instagram and shared his thoughts on ‘self-love.’ The actor who made his debut with Ishaqzaade, set the record straight that he doesn’t feel bad about being overweight all those years ago. He shared a then and now collage and confessed that he loves every chapter of his life.

Arjun Kapoor recently opened up about struggling to stay a certain size and battling obesity for the longest time. He has always been vocal about his fat-to-fit story. The actor shared his transformation pictures and recalled his mother Mona Shourie's wise words that inspired him, told him at every stage of his life "is a journey and ‘he will always be a constant work in progress." While sharing his thoughts on the same, Arjun wrote, “Pehle main bohot mota bohot pareshan tha (I used to be very fat and very sad)…. No no this is not one of those posts. Just putting it out there that I love every chapter of my life. Those days & even now, I have always been myself at every step of the way. I cherish every bit. I’m a work in progress like anyone & everyone else.”

Before making his acting, Arjun Kapoor was working as an assistant director for Nikkhil Advani's 2007 film Salaam-E-Ishq. Back in 2018, the actor even posted a throwback photo with Nikkhil Advani, in which he looks overweight. Ayesha Shroff and Chitrangada Singh left heart and applause emojis on Arjun's post... Meanwhile, on the work front, Arjun Kapoor, who has starred in films like Aurangzeb, Gunday, and 2 States, was last seen in Sardar Ka Grandson, Sandeep Aur Pinky Faraar in which he co-starred with Parineeti Chopra. The actor will next be seen in Bhoot Police and Ek Villain Returns. The horror-comedy Bhoot Police also stars Saif Ali Khan, Jacqueline Fernandez, and Yami Gautam. It is all set to release on Disney+ Hotstar on September 17.