In a big blow for NCB, a special NDPS court in Mumbai granted bail to another accused person in the Mumbai cruise drug bust case citing "illegal seizure". 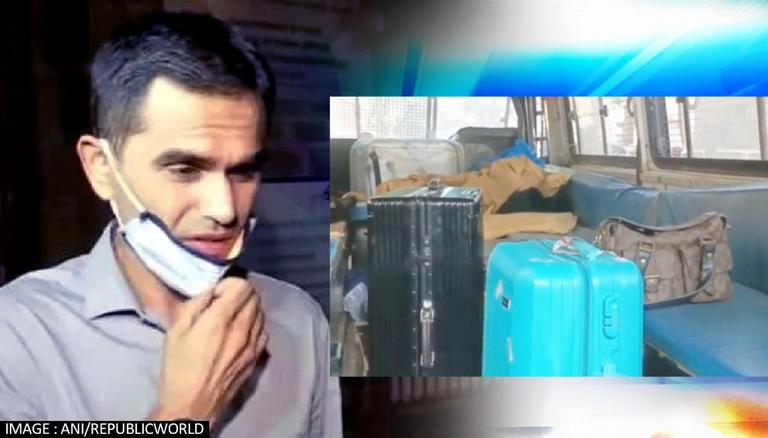 
In a big blow for Narcotics Control Bureau, a special NDPS court in Mumbai granted bail to Nupur Satija- another accused in the Mumbai cruise drug bust case citing "illegal seizure". Satija was arrested on October 3 under Sections 8(c) read with 22(b), 27, 28 and 29 of the NDPS Act after 4 pills of Ecstacy weighing 1.59 grams were allegedly seized from her room. In the bail plea, she argued that both her arrest as well as the seizure was illegal. To buttress her point, the accused claimed that the room was searched by a female independent witness and she was arrested by a male officer at night.

As per the detailed bail order published on November 12, special Judge VV Patil observed, "So far as accused no.8 is concerned, as discussed above, she is also entitled to bail on the ground of illegal seizure and breach of provisions of Sec. 42 of NDPS Act. So far as ground of illegal arrest is concerned, as argued by Ld. SPP, that aspect needs to be decided at the trial after giving opportunity to the prosecution to produce evidence. Even otherwise, as held above, accused no.8 is entitled to grant of bail. Hence I do not think it necessary to go into the details of this aspect at this stage."

Along with co-accused Gomit Chopra, she was directed to be released on bail after furnishing a bail bond of Rs.50,000 each. Moreover, they have to attend the office of NCB Mumbai Zonal Unit every Monday between 1-4 pm till the filing of the charge sheet. Most importantly, the court found substance in the argument that they are entitled to get bail as a result of the Bombay High Court allowing the bail plea of Bollywood superstar Shah Rukh Khan's son Aryan Khan.

What is the Mumbai cruise drug bust case?

Aryan Khan was among 8 persons who were arrested on October 3 after a team led by NCB Zonal Director Sameer Wankhede raided the Cordelia cruise ship in Mumbai. During the operation that was carried out on the basis of specific information, the NCB officers seized 13 grams of Cocaine, 5 grams of Mephedrone, 21 grams of Charas, 22 pills of Ecstasy and Rs.1,33,000. They have been charged under Sections 8(c) r/w 20(b), 27, 28, 29 and 35 of the Narcotics Drugs and Psychotropic Substances Act.

Mumbai’s Esplanade Court initially remanded them to NCB custody until October 4 and then till October 7. While they were sent to judicial custody for 14 days thereafter, a metropolitan magistrate’s court in Mumbai denied bail to Aryan Khan and co-accused Arbaaz Merchant and Munmun Dhamecha on October 8. In another setback for them, Judge VV Patil of the special NDPS court rejected their bail pleas on October 20. Finally, they were granted bail by the single-judge bench of the Bombay HC on October 28.

WE RECOMMEND
Aryan Khan records statement with NCB at Navi Mumbai's RAF Camp in Cruise drug case
Will work for poor, shun wrong path: Aryan Khan tells officials during counselling in jail
Listen to the latest songs, only on JioSaavn.com