Banita Sandhu On Attending Dune’s UK Screening: ‘I Fangirled A Little Over Zendaya’

Actor Banita Sandhu recently opened up about the length of her role in 'Sardar Udham'. She also shared her experience of attending Dune's UK screening. Read on. 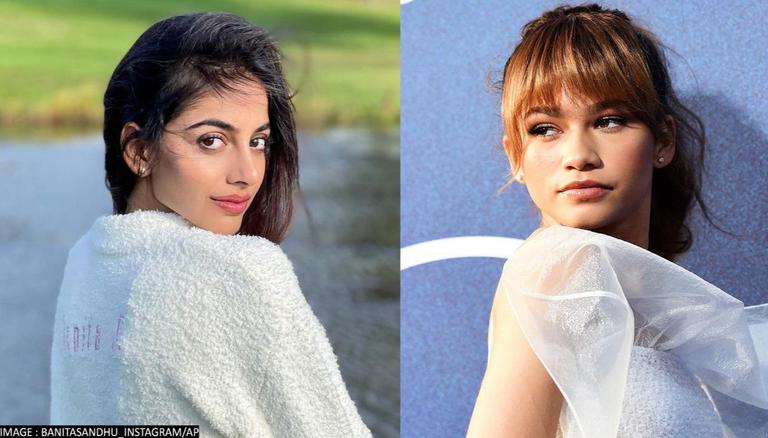 
The October star Banita Sandhu, who was recently seen in Shoojit Sircar’s directorial venture, Sardar Udham, which was led by URI star Vicky Kaushal, opened up about the length of her role in the biopic.

She stated that she was not worried about the length of her role as her motive as an actor is 'wanting to do great work', reported Pinkvilla. Sandhu also admitted that she once fangirled Euphoria star, Zendaya. Scroll down to read more.

Banita Sandhu: 'I fangirled a little over Zendaya and her stylist'

While speaking to Pinkvilla, Banita Sandhu revealed that she was not bothered by the length of her role as Reshma in the biopic. She said that her motive as an actor is to 'do great work'. She added she would rather have a 'smaller role in a great film, especially a masterpiece like Sardar Udham, than a big role in a rubbish film'.

The Pandora actor, who is currently in the UK attending the screening of Denis Villeneuve's epic sci-fi film, Dune, added that she wants to make 'good work, and good content for the audience' and the length of the role 'does not really matter' to her. She said that whether it is a good film or not that is the most important question. The actor said that she knew when the film's helmer Shoojit offered her this film that it is going to be 'great' because it was his film.

The sci-fi film, Dune, features Timothée Chalamet, Zendaya, Josh Brolin, Jason Momoa, among many other stellar actors. Speaking about her experience of attending the screening of the film, the 24-year-old said that she did not get to meet them, however, they were in the same space as hers. Thus, she admitted, she 'fangirled a little over Zendaya and her stylist'. She revealed that it was 'so nice seeing someone fulfill their dream' and that they looked amazing and were having a great time. She called it a 'lovely evening'.

Speaking further, the Eternal Beauty star said that another Hindi drama will be releasing this year. She informed that the production has been 'magically' kept under wraps. The actor also has a British film in the pipeline, which is yet to be scheduled for release.

READ | Vicky Kaushal on engagement rumours with Katrina; ‘I've my blinders on, focussing on work'