On the occasion of Tara Sutaria's birthday, Tiger Shroff was seen wishing her a 'happy birthday' in a unique way, so did her costar Ananya Panday; check it out

The new-age acting sensation of Bollywood, Tara Sutaria celebrates her 24 birthday today. She started her acting career at a young age, working in some of Disney's highly popular television sitcoms, like The Suite Life of Karan & Kabir and Oye Jassie. Recently, she starred in the action-packed movie Marjaavaan which featured Riteish Deshmukh, Sidharth Malhotra, and Rakul Preet Singh in the lead roles. On the occasion of her birthday, Tiger Shroff was seen wishing her a 'happy birthday'. 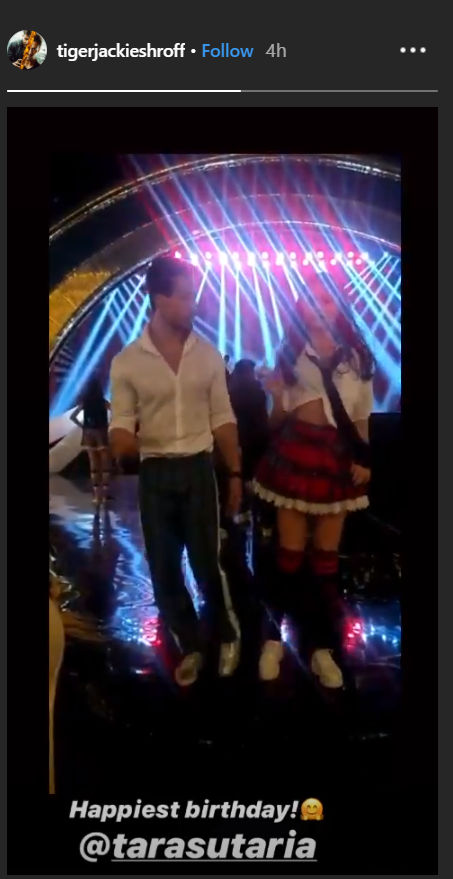 Ananya Panday was also seen wishing her co-star of SOTY 2 through her social media handle. Panday uploaded a photo featuring her along with the birthday girl. It was a throwback picture from April 21, 2018. The duo was seen enjoying noodles at the Mall Road. On the photo, she uploaded she wished Tara and called her 'Taar' and asked her to enjoy some noodles at the Mall Road. 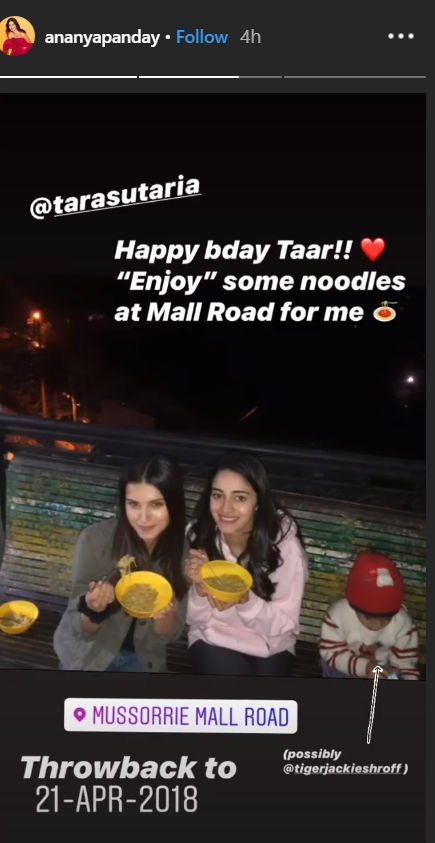 Tiger Shroff and Tara Sutaria were last seen together in the 2019 romance sports drama flick Student of the Year 2. It was the sequel to the super hit movie Student Of The Year. The sequel is directed by Punit Malhotra. The movie featured Tiger Shroff, Ananya Panday, in the lead roles. The screenplay of the film is written by Arshad Sayed. The film received mixed reviews from the critics and the audience was also left with mixed opinions. However, it was widely successful at the box-office.

PEOPLE HAVE PLEDGED SO FAR
Krishna Shroff: All you need to know about Tiger Shroff's sister
Tiger Shroff: Popular dialogues of the action star from his films
Tiger Shroff: Did you know the actor's mother was also in Bollywood?
#Panipuri challenge gets spiced up as Bollywood celebs gorge on different flavours
Kajol & other 'devis' look ready to take on the world in this new poster
'It is a dream come true,' says Nora Fatehi on performing at Olympia in Paris
Radhika Apte celebrates 5 years of 'Badlapur' & how this revenge-thriller opened new doors
Deepika Padukone’s ‘ode’ to married women amid ’83 promotions sparks gender debate
DO NOT MISS
MNS THREATENS WARIS PATHAN
MEA: ABRAHAMS SENT BACK 'IZZAT SE'
ACTIVIST HECKLED OUT OF RALLY
BJP TAKES AIM AT SHIV SENA
WHOSE BOWLING ACTION BEST?
ZUCKERBERG GETS ARMPITS BLOW-DRIED