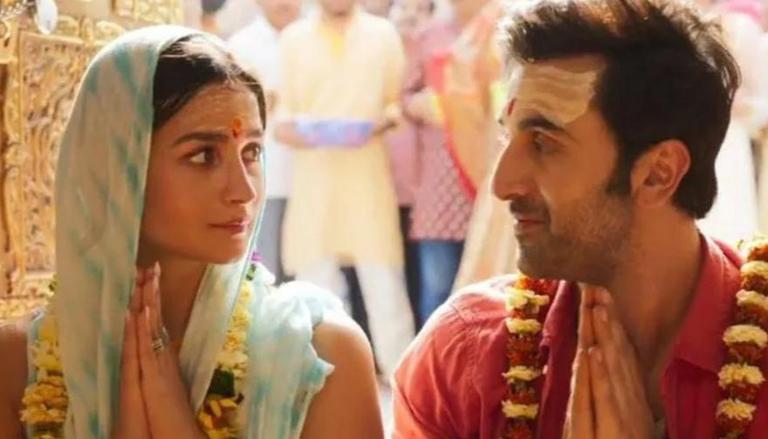 
The much-awaited film of the newlyweds Ranbir Kapoor and Alia Bhatt, Brahmastra, is all set to hit the theatres on 9 September 2022. Meanwhile, fans have been awaiting the release of the film's track Kesariya since the song's teaser was unveiled ahead of Alia Bhatt and Ranbir Kapoor's dreamy wedding.

Now, as per a recent report, Kesariya has finally got its release date which gives fans a moment to rejoice. It is pertinent to note that there has not been any official confirmation by the actors or makers of Brahmastra about the song's release.

As per a report by Pinkvilla, Brahmastra's love song Kesariya will release on July 15, this year. The publication quoted a source as saying, "The long wait for Kesariya has finally come to an end as the love ballad will hit the digital world on July 15. The team is excited to present the entire song to the audience, who have already fallen in love with the tunes of a short glimpse launched in April".

The source further added that Pritam and Ranbir have worked on chartbuster albums like Barfi, Yeh Jawani Hai Deewani, Ae Dil Hai Mushkil and Jagga Jasoos to name some and this would be an extension of their already successful partnership. The song will be released in multiple languages-- Hindi, Tamil, Telugu, Malayalam and Kannada. The Telugu version is crooned by renowned singer Sid Sriram while the lyrics are penned by veteran lyricist Chandrabose whose recent hits include Pushpa and RRR.

Helmed by Ayan Mukerji, and bankrolled by Fox Star Studios, Dharma Productions, Prime Focus and Starlight Pictures the magnum opus will release theatrically in 5 Indian languages – Hindi, Tamil, Telugu, Malayalam and Kannada. The upcoming film will feature an ensemble star cast including Amitabh Bachchan, Ranbir Kapoor, Alia Bhatt, Mouni Roy, and Nagarjuna Akkineni in key roles. As the title suggests, it is the first of a series — a trilogy to be precise — and is said to be the start of a new cinematic universe called the Astraverse, much like Disney’s own Marvel Cinematic Universe.