Ayan Mukherji took to his Instagram and gave a sneak-peek into Amitabh Bachchan and Ranbir Kapoor's fun time from the sets of the upcoming movie 'Brahmastra'. 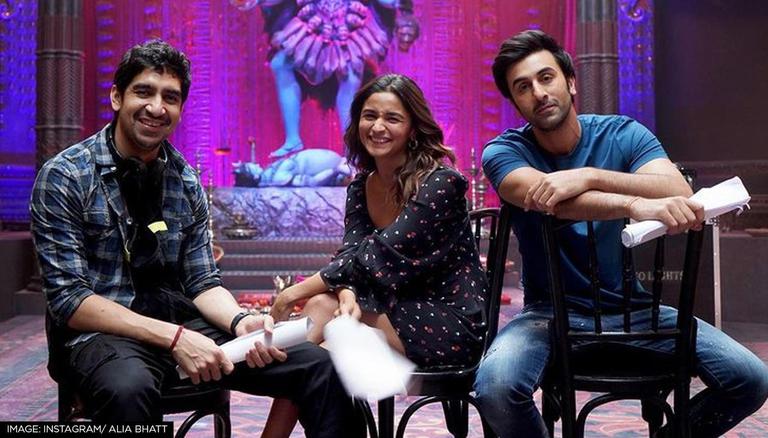 
Brahmastra is an upcoming superhero trilogy directed by Ayan Mukerji, the movie has been making headlines ever since its inception. The movie has had a rocky production as it was postponed quite a few times due to the pandemic. The movie features a star cast that includes some of the biggest names like Amitabh Bachchan, Nagarjuna Akkineni, Alia Bhatt, Ranbir Kapoor and Mouni Roy in pivotal roles.

The director of the movie Ayan Mujkerji shared a glimpse of Amitabh Bachchan and Ranveer Singh from the sets of the movie. Take a look at the picture here.

Ayan Mukerji shares BTS from the sets of Brahmastra

Ayan Mukerji treated fans on Sunday, who have been waiting for an update about the superhero movie Brahmastra, with some new pictures. Ayan shared a couple of behind the scene photos featuring Amitabh Bachchan and Ranbir Kapoor. In one of the images, Ayan could be seen talking to Big B and Ranbir as they stood against a picturesque location. As he shared the photos, Ayan wrote, "Flashes of Time! #steppingoutofacocoon #thetimefeelsright #brahmastra."

READ | Nagarjuna on Bollywood comeback with 'Brahmastra': 'I was never craving for acceptance'

Initially announced for a 15 August 2019 release, Brahmastra was pushed to Christmas 2019 and then to Summer 2020 due to pending VFX work and shoot before the makers announced in February 2020 that its final release date will be 4 December 2020. Due to the COVID-19 pandemic in India, the release was delayed indefinitely, the movie will be released in Hindi, Tamil, Telugu, Kannada and Malayalam. The movie will serve as the first film in a planned trilogy.

Meanwhile, Ranbir Kapoor will next be seen in the period action drama Shamshera where he will be playing a double role. The movie stars Vaani Kapoor as the female lead and Sanjay Dutt portraying the antagonist. He will also be seen in Luv Ranjan's untitled project with Shraddha Kapoor.

On the other hand, Amitabh Bachchan will next be seen in the Hindi remake of the Hollywood movie The Intern alongside Deepika Padukone, reuniting with her after their movie Piku. The veteran actor is also set to star alongside Prabhas and Deepika Padukone in director Nag Ashwin's untitled sci-fi film. The actor will also be seen alongside South Indian actor Rashmika Mandanna in the movie Goodbye.