Brahmastra Is Very Original In Its Genre, Not A Superhero Film: Ranbir Kapoor

Ranbir Kapoor describes his upcoming project 'Brahmastra Part One; Shiva' as a film with no reference and difficult to slot into any one genre. 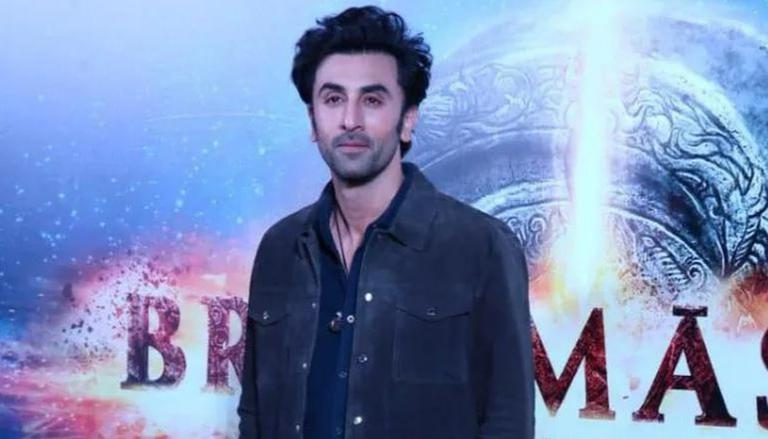 
You can't go to the next level unless you take risks, says Ranbir Kapoor who describes his upcoming project Brahmastra Part One; Shiva as a film with no reference and difficult to slot into any one genre.

The film, directed by Ayan Mukerji and also starring Amitabh Bachchan and Alia Bhatt, is perhaps the actor's most ambitious project yet and sees him playing a modern-day divine hero.

"This is not like a Marvel film. In its genre it is very original. We can't compare Brahmastra' to any film that is made around the world. I am a big movie watcher and I have seen every film that is out there. There is no reference to this film, Ranbir told PTI ahead of the trailer launch of the much-hyped project.

Very early when we started this film, we unfortunately got the tag of it being a superhero film it is not a superhero film, it is a fantasy-adventure and I play a character who has a divine power with it, he said.

Superhero films can be a possibility later, Ranbir added about the film, the first part of a trilogy.

According to Ranbir, he and Mukerji, who also directed his previous hits Wake Up Sid and Yeh Jawaani Hai Deewani, could have easily made lots of money with another love story but they chose the difficult path.

Making movies is not easy. Ayan could have made a lot of money with a love story after Yeh Jawaani', I could have had another superhit film in my career. But he took the risk and unless you take the risk you can't go to another level, the actor said in an interview at his home Vastu' in Bandra.

Our dreams are bigger than I can express. They're limitless, we don't know where we can reach, him as a director and me as an actor.

Brahmastra will be Ranbir's first release after Sanju in 2018. Mukerji's last film was Yeh Jawaaani in 2013.

He is aware that a lot is riding on the success of Brahmastra, a big-budget fantasy adventure that has not been attempted in Bollywood before on such a scale. But he said he is not worried about the time it took to bring the film out.

Also starring in the film are South star Nagarjuna and Mouni Roy. Ranbir said he got to fulfil "every desire while working on the film, be it working with legends like Bachchan and Nagarjuna or collaborating with wife Alia.

"Working with Amitabh Bachchan is truly an honour and a privilege for an actor. He is the best and the greatest Indian actor.

"To work with an actor like Alia... when I had seen her second film Highway', I said that she is the next Amitabh Bachchan' while I was at Ayan's house with him and Karan (Johar) before Alia became the Alia Bhatt. I am proud that my prediction is coming true. She is that impactful as an actor, she is unlimited, she is immense."

In Ranbir's view, his collaboration with Mukerji is beyond the typical actor-director pairing. Both love the process of creating something from scratch, which is why he has been a part of the journey for Brahmastra right from its inception a decade ago. The film has gone through many changes since then.

We are so close that he always discusses his ideas when he is excited. And he just doesn't discuss the idea on the surface level but also goes deeper. Maybe he thinks I can understand his ideas. Initially, when he wrote the film, it was a little different, it was about two guys. He wanted to write a story about friendship, fire and water and that evolved into Brahmastra',  the actor said.

the way he merged the new age life with ancient Indian history was quite marvellous. Just to be a spectator and collaborating with him was quite a privilege, Ranbir added.

He plays a DJ named Shiva, who has a strange connection with fire, in the film. The imagery and his characteristics in the film are inspired by Lord Shiva, Ranbir said.

"This is not a character that you can understand easily or go and act. You need the help of imagination, help of a lot of people and things to pull through. And on the sets, the fantasy world is not what you see, it's all created. Lord Shiva is not just the lord of destruction and dance, there are so many different factors to it. In every scene and moment, there is something that you could relate to Lord Shiva's life.

The film was officially announced in 2017 by producer Karan Johar and is set for a global September 9 release.

Personally, Ranbir said, he is thrilled but nervous for Mukerji, who he said has surrendered his entire life to this film.

This is the biggest project that I will have in my life. As an actor we have other projects. But for him it is only this, it is do or die for him in some way. I believe in it and when you believe in something your faith can never go wrong.

Brahmastra Part One: Shiva will release theatrically in Hindi, Tamil, Telugu, Malayalam and Kannada. It is a joint production of Star Studios, Dharma Productions, Prime Focus and Starlight Pictures.