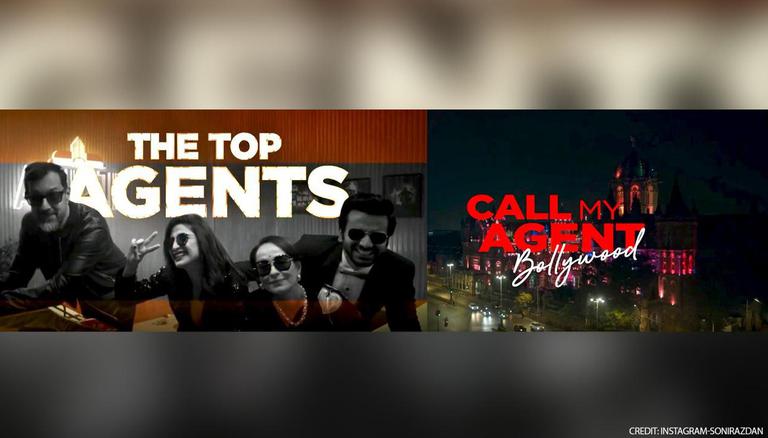 
The giant streaming platform Netflix on August 26 dropped the teaser of its upcoming web series Call My Agent: Bollywood. The upcoming intriguing series stars an ensemble star cast including Soni Razdan, Rajat Kapoor, and Aahana Kumra. The project is an Indian adaptation of the popular French series Dix Pour Cent.

The project is bankrolled by Applause Entertainment in association with Banijay Asia. It is written by Abbas and Hussein Dalal and directed by Shaad Ali. The story of the forthcoming series Call My Agent: Bollywood revolves around four savvy, street smart talent agents who "manage fragile star egos and real human emotions to save their agency from closure after the sudden death of the founder". Ayush Mehra will also play the lead role in Call My Agent: Bollywood.

The story of the French series is set in a fictional talent management company in Paris. After the demise of the company’s founder, its star agents fight off rivals to sustain in the company. The starcast includes Isabelle Huppert, Juliette Binoche, Jean Dujardin, Isabelle Adjani, Charlotte Gainsbourg and Claude Lelouch.

Speaking more about the series, Monika Shergill, VP, Content, Netflix India said, "We are excited to partner with Applause Entertainment to bring an Indian adaptation of Dix Pour Cent, a French comedy-drama series that has a huge following on Netflix. Call My Agent: Bollywood is an Indian twist with a heady mix of quirky writing and a marvelous cast making it a delightful watch." Besides the star cast, fans and viewers will have a great time witnessing an array of Bollywood personalities making special guest appearances in the series. It will give audiences a hilarious and refreshing look into the glamorous world of Bollywood, the ups, the downs, and everything that goes beyond the glitzy showbiz world.

Soni Razdan took to Instagram and made the announcement with the teaser. "So excited to announce this. Yeh kahaani hai about the glitz, the glamour, aur woh agents who make it all happen AKA us. Call My Agent: Bollywood, coming soon on @netflix_in,” she wrote.