In a major development, Chunky Panday’s brother Chikki Pandey has been summoned by Mumbai Police SET in relation to the alleged extortion levelled by NCB. 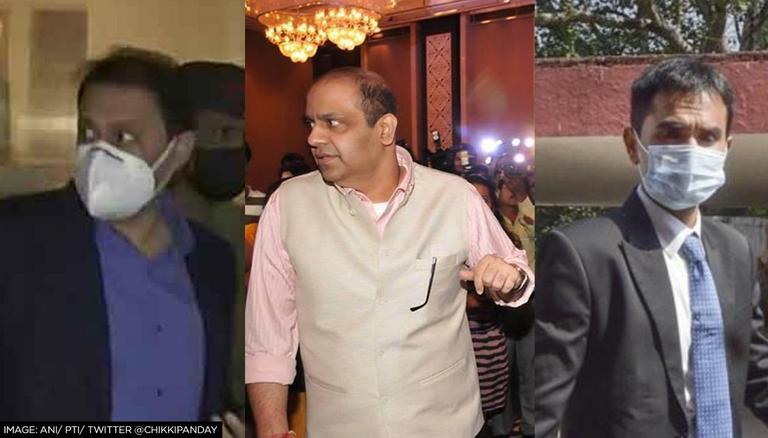 
In a major development, Chunky Panday’s brother Chikki Pandey has been summoned by Mumbai Police Special Enquiry Team (SET) to record his statement. The summons has been made in relation to the alleged extortion allegations levelled against NCB officials which Mumbai Police is probing. Chikki Panday have contacted the Mumbai Police in reply and informed that he won't be able to join the probe as he has tested positive for COVID-19.

Chikki Pandey has now been summoned by Mumbai Police SET for questioning. The case is now taking a new path as the police is bringing in new names in for investigation. Earlier, Chunky Panday’s daughter Ananya Panday was summoned and questioned by the NCB. Check this space for further updates in the matter.

The summons for Chikki Panday comes as a follow-up to the Special Investigation Team’s probe into the allegations of extortion. The team had earlier recorded statements of two more persons identified as Ranjitsingh Bindra and Mayur Ghule, for allegedly helping Kiran Gosavi, a witness, connect with Shah Rukh Khan’s manager Pooja Dadlani. According to sources, Ranjitsingh Bindra got in touch with actor Chunky Pandey's brother Chikki Pandey to contact. Chikki Pandey has been reported to have provided contact of Pooja Dadlani, who is Shah Rukh Khan's manager.

In yet another development on the Cordelia cruise ship case, Bollywood superstar Shah Rukh Khan's son Aryan Khan have been summoned yet again by the Narcotics Control Bureau (NCB) SIT team. The team, which recently took over the investigation from the NCB Mumbai zonal unit has once again summoned Aryan Khan. Earlier on Sunday, the Delhi NCB SIT had asked Khan to appear before the agency for questioning. However, he skipped the summons citing fever.

WE RECOMMEND
Who is Ananya Panday? All about the Bollywood starlet appearing at NCB in Aryan Khan case
Chunky Panday's mother passes away; Ananya Panday, Neelam Kothari pay last respects
Chunky Panday recalls his courtship days with Bhavana, reveals who said 'I love you' first
Chunky Panday shares BTS pictures from the sets of his new film with Mirzapur's Divyenndu
Chunky Panday wishes his 'pudding' Rysa on b'day; mom Bhavana calls her 'Best negotiator'
Listen to the latest songs, only on JioSaavn.com