As they shoot for their movie Coolie No 1, Varun Dhawan-Sara Ali Khan have been bonding big time, as was evident when they were snapped on the sets in Mumbai.

Varun Dhawan and Sara Ali Khan are working with each other for the first time, but it seems they have been friends for a long time. The Coolie No 1 stars have been bonding big time on the sets, and the equation they share has been coming across beautifully for their fans to be excited about. The latest was when the stars were snapped after the shooting and it was all smiles all around.

READ: 5 Varun Dhawan Style Statements That You Need To Add In Your Wardrobe

After a schedule in Thailand, the team of Coolie No 1 is currently is currently working in Mumbai. While Sara was dressed in a blue kurta and white palazzos, Varun was dressed in a black vest and shorts, along with a towel around his neck. While the sort of contrasting dressing styles was striking, it was their smiles that stood out. Right from their exit from the sets till they reached their vanity vans, the duo was seen talking animatedly. 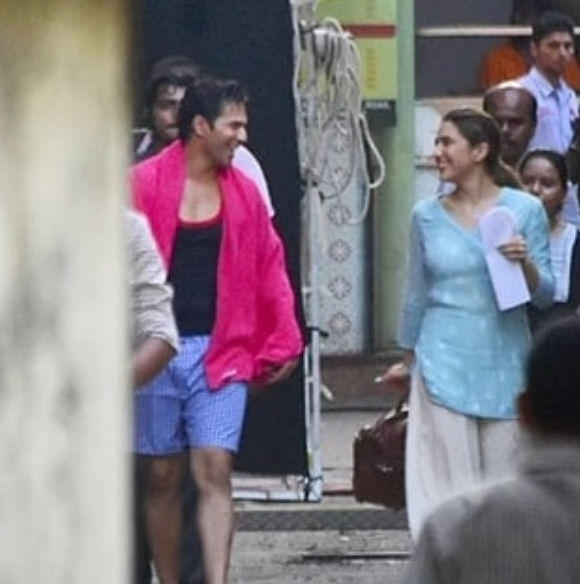 It was just a few days ago that Varun Dhawan and Sara Ali Khan had shared a snap on Instagram from what seemed like a behind-the-scenes shot from the movie, both being dressed in yellow. Varun had captioned it, “Sara aap itne saal kaha thi ” (Where were you all these years?) 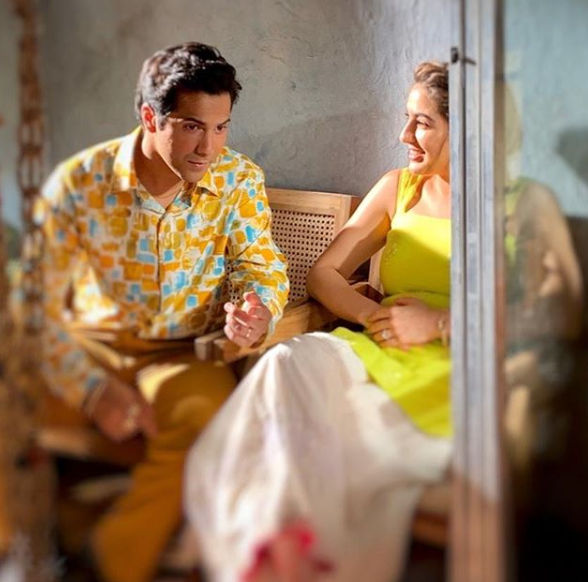 READ:Sara Ali Khan: 4 Times When Her Outfits Were Casual Yet Trendy

While the shooting has been going on at a breakneck speed, the team has a good amount of time left for the release, since Coolie No 1 is expected to release on May 1, 2020.

The film is being directed by David Dhawan, who had helmed the original hit starring Govinda and Karisma Kapoor.  The movie was a comedy and one of the many in the ‘No 1’ series that both Govinda and David Dhawan have worked together or separately. Varun and David Dhawan last worked together in another of the veteran director’s film remake, Judwaa, also starring Jacqueline Fernandez and Taapsee Pannu, which was a hit at the box office. Sara, meanwhile, is also working on the second installment of a film, Imtiaz Ali’s next, which is being rumoured to be a sequel to Love Aaj Kal.

READ:Sara Ali Khan: Will She Have A Big Role In 'Coolie No 1'?