Deepika Padukone and PV Sindhu are at it again with putting their badminton skills to test against each other. Watch the video to know who won: 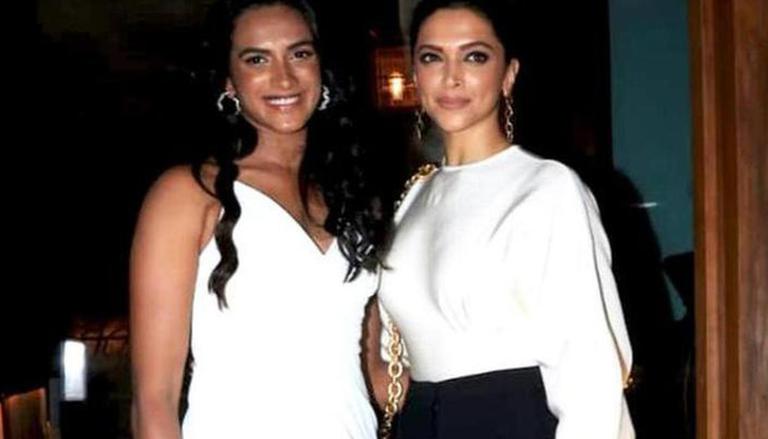 
In an ultimate battle between Bollywood and badminton, actor Deepika Padukone and shuttler PV Sindhu went head-to-head against each other in a fun yet fiercely competitive game of Badminton. The duo has been treating the fans with their casual meetups and dinner date looks for the past few weeks. While fans suspecting a biopic on the world-class athlete starring Padukone, the duo surprised them with fun videos of them practising badminton together. Take a look at Deepika Padukone's latest video.

Taking to her Instagram, the 35-year-old continued her saga of uploading videos from her burning calories with PV Sindhu on the Badminton court. In the latest video, the actor revealed that the athlete wanted Padukone to help her to prepare for the world championship. On the other hand, Sindhu gushed about Padukone's exceptional badminton skills and believed she would have been an ace player in the sport.

In the video captioned 'Guess who won', the actor said, ''She is practising for the world championship and she thought I was the best partner, to you know, prepare her." Meanwhile, Sindhu admitted, ''If she (Deepika) would've played badminton, she would have been a top player." The comment section was filled with netizens swooning over the leading ladies of their respective fields as they enjoyed a fun battle on the court.

The Olympic medallist has been making frequent appearances on Padukone's Instagram as the duo were also spotted enjoying dinner in a popular restaurant in Mumbai along with actor Ranveer Singh. Padukone's previous post gave a glimpse into their practice together as she wrote, ''Just a regular day in my life…Burning calories with @pvsindhu1 !😅'' while Sindhu wrote, ''Good fun and good game in the end 🏸 @deepikapadukone when are we doing this next ?🤩😅''

Deepika Padukone is known for her exceptional athletic skills. Being the daughter of the former World No. 1 ranked in Badminton, Prakash Padukone, the actor has also played Badminton at the National level. Padukone's sister Anisha Padukone is also a professional golf player.