The Duchess of Sussex Meghan Markle's podcast Archetypes has finally arrived and the first guest on the show was Serena Williams. Read further for more. 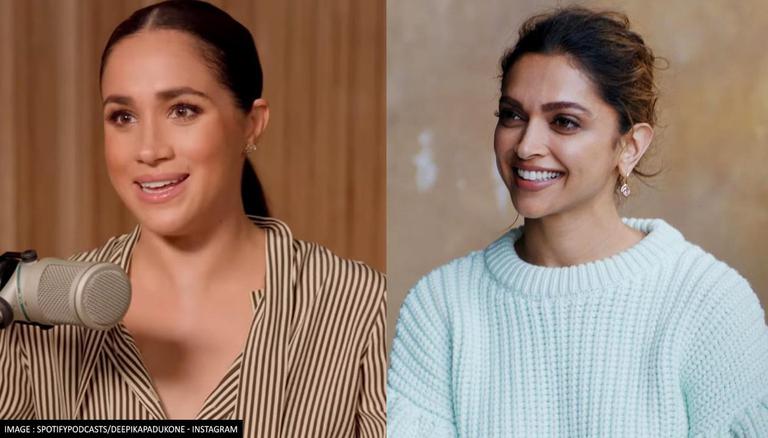 
The Duchess of Sussex Meghan Markle's podcast Archetypes has finally arrived and the first guest on the show was Serena Williams. Through the podcast, Meghan discusses labels that aims to limit women's potential with women from the entertainment, sports, and other industries.

After one of the close friends of Markle, Williams appeared as the podcast's first guest, fans are now speculating Bollywood star Deepika Padukone to be the next guest. In a new preview clip, shared by Spotify on social media, all the guests who will be on the Duchess of Sussex's podcast can be heard naming the words linked with women and their history.

However, what caught the attention of the fans was a similar voice which they believed to be of actor Deepika Padukone. Soon, several internet users noted that the Happy New Year star is all set to appear on the show. In the preview clip, a voice like Deepika can be heard saying, "Sensitive and emotional."

It has not yet been confirmed whether the Bollywood actor will be a guest on the programme. Other than this, several fans of global sensation Priyanka Chopra were also left disappointed after it was reportedly revealed that the actor's name was not on the guest list. For those unaware, Priyanka Chopra has known Markle well and also attended her royal wedding with Prince Harry. Other stars who are expected to grace the show include Amanda Seales, Mariah Carey, Mindy Kaling, and Margaret Cho among others.

According to the episode description on Spotify, Meghan during her recent conversation with American tennis player Willaims, talked about the double standard women face when they are labeled "ambitious" and the ripple effect this has on other aspects of their lives. The groundbreaking premiere episode also features Dr. Laura Kray, a leading expert on gender in the workplace. Meanwhile, Archetypes is a Spotify Original. The podcast is a co-production between Archewell Audio, Gimlet, and SpotifyMeghan. The Duchess of Sussex serves as the Executive Producer – alongside Executive Producers Terry Wood and Catherine CyrArchewell Audio’s Executive Producers are Rebecca Sananès and Ben BrowningGimlet’s Executive Producer is Katelyn Bogucki.

READ | Deepika Padukone wears all her socks at once; Challenges hubby Ranveer to do the same
First Published: 25th August, 2022 14:03 IST
SUBSCRIBE TO US