For Diwali celebrations, the who's who of B-Town came under roof. Janhvi-Arjun Kapoor's snaps stood out as stars associated with Dharma Productions celebrated

The festive fervour has spread across the country as the citizens basked in the joy of Diwali, celebrated on Sunday. As Diwali kicks in, even Bollywood stars also arrived in their dazzling avatars for the various gatherings. The main day of Diwali falls on the day people celebrate Lakshmi Puja, and one was held at the Dharma Productions office too. The who’s who of Bollywood, courtesy their associations with the banner, came together for the event. The men and the women came dressed in their classy traditional attires for the event.

Most of the stars who are working with Dharma Productions were spotted at the Lakshmi Puja celebrations. Anil Kapoor, Neha Dhupia-Angad Bedi, Varun Dhawan, Sara Ali Khan, Sidharth Malhotra, Kiara Advani, Kartik Aaryan, Vicky Kaushal, Arjun Kapoor, Janhvi Kapoor, Lakshya, Ishaan Khatter, Shashank Khaitan, Bhumi Pednekar made an appearance at the event. There were numerous heart-warming pictures that the stars posed for, including all of them together, the Dostana 2 team, only the men, etc. 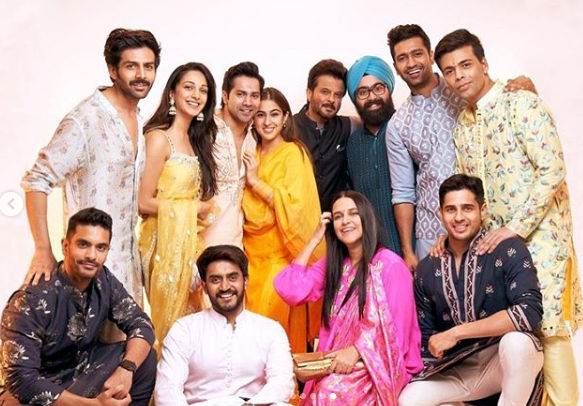 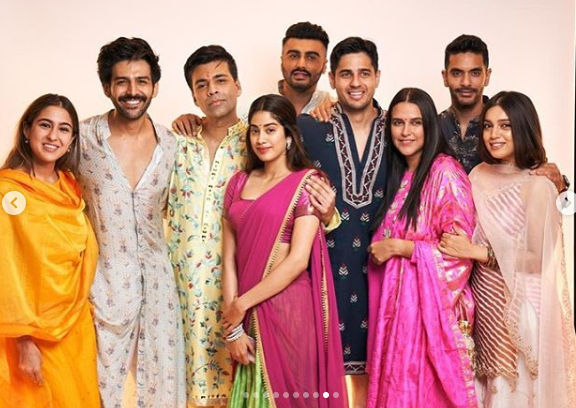 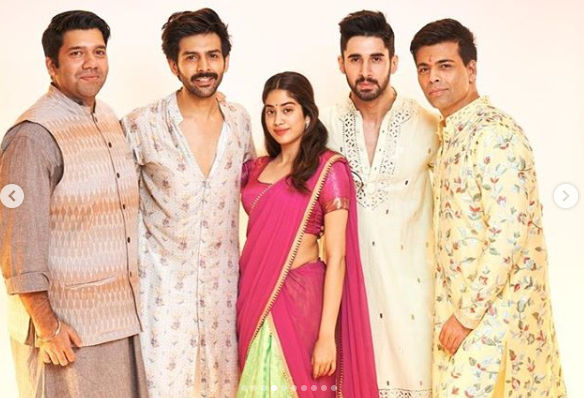 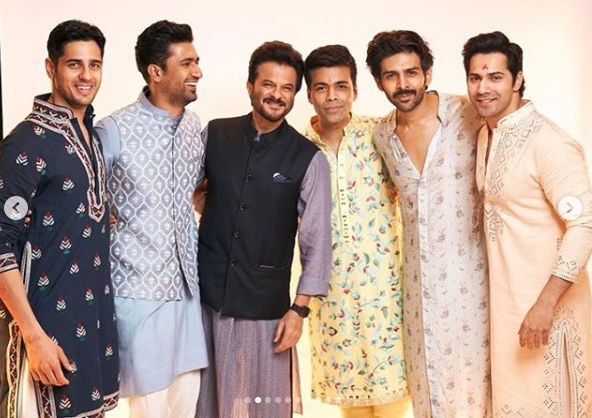 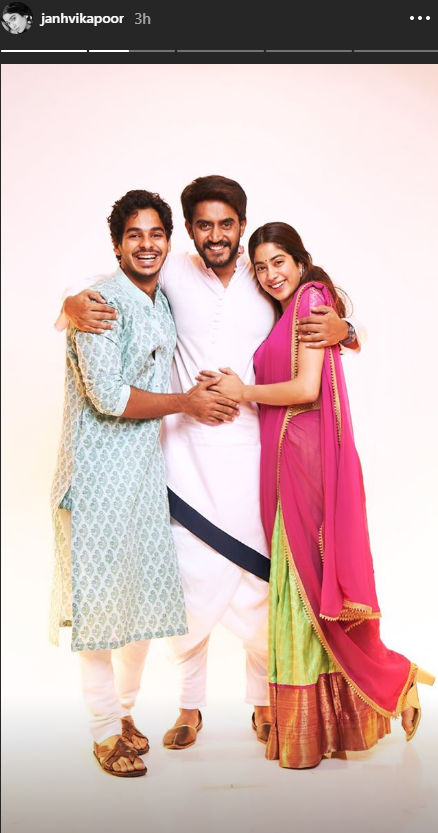 However, the best one was of Arjun Kapoor-Janhvi Kapoor as they shared an embrace together. The siblings were seen in their most graceful ethnic attires, Janhvi Kapoor in a saree styled like the South Indians do, and Arjun in a light-coloured kurta-pyjama. The fact that she didn’t need any words for the snaps, showcased their bond as she posted heart emojis.

As far as the collaborations with Karan Johar are concerned, Kartik Aaryan will work in Dostana 2, Kiara Advani in Good Newws and Shershaah, Sidharth Malhotra in Shershaah, Anil Kapoor and Vicky Kaushal in Takht, Angad Bedi in Gunjan Saxena: The Kargil Girl, Janhvi in Gunjan Saxena: The Kargil Girl, Dostana 2 and Takht, Bhumi Pednekar in Takht, Lakshya in Dostana 2.  Varun Dhawan, Sara Ali Khan, Arjun Kapoor, Ishaan Khatter and Neha Dhupia are not working with Dharma Productions at the moment. But Varun has worked in films like Student of the Year, Dulhania franchise and Kalank, Sara in Simmba, Arjun in 2 States and Ishaan Khatter in Dhadak. Neha Dhupia worked with KJo in Lust Stories and Shashank Khaitan has directed all his hits for Dharma Productions like the Dulhania franchise and Dhadak.

READ:Rajinikanth Greets Fans Outside His Residence On Diwali