Amitabh Bachchan pens a heartwarming note on his blog as he wrapped up shooting for his upcoming venture 'Gulabo Sitabo', shares pictures from the farewell celebration.

Veteran Bollywood actor Amitabh Bachchan, recently penned a heartwarming note on his blog as he wrapped up shooting for his upcoming venture 'Gulabo Sitabo'. The actor shared a number of pictures from the wrap-up celebrations and made fun of his own tantrums, remarks on 'farewell' culture.

"Another chapter endeth .. and they that have worked and lived together for these almost 45 + days, bid farewell in the rejoice of the association .. its been a tradition now with this generation to applaud the last day of work .. it never was this before .. but it feels more like a relief from the artist, his tantrums his idiosyncrasies, his temperament his fluctuating moods, pet paroxysms demands, and generally unwanted behavior.. all of which they have found in me, and now rejoice my departure .." he wrote in his blog. 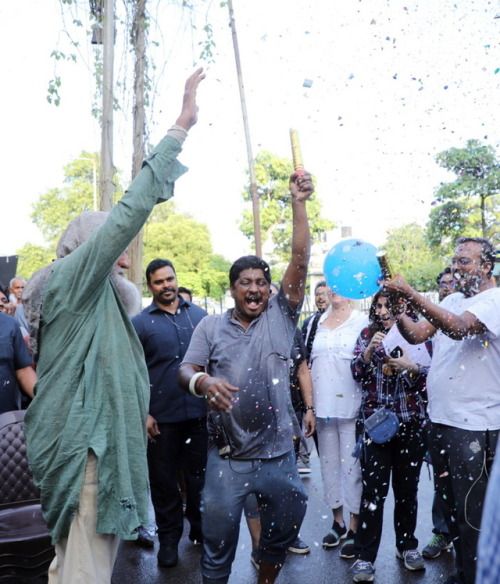 ".. thank the Lord they say .. finally this old grumpy, with the flood inspector pajamas and the telescopic glasses goes .. 😡 .. rid eventually of this horror!" he added.

READ | Akshay Kumar’s ‘Mondays Blues’ Post Is Unlike Any Other, Netizens Ignore The Caption Completely

The veteran star further talked about his experience working with director Shoojit Sircar. Calling him a 'visionary of cinema', he expressed his desire to work with him again. 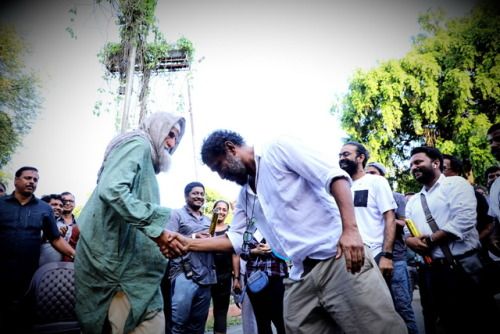 "Its been many many years of association with Shoojit Sircar .. ad., films, films on social groundings, films that never released, films that won recognition and rewards on National levels .. a sincere thinking Director, taking charge of all the detailing on set .. the background movements the camera the passings the actors and their acting by giving acting demos, all .. a rare quality .. and a rare maker and visionary of cinema  .." he wrote in his post.

'Gulabo Sitabo' is an upcoming family comedy-drama directed by Shoojit Sircar. It stars Ayushmann Khurrana and Nalneesh Neel opposite Sr. Bachchan in the lead. Although the plot of the film is yet to be revealed, Big B’s first look from the film recently surfaced on Twitter where he was seen with a long grey beard, and glasses, looking grumpy and not affluent. It’d be interesting to know what his character will be all about when the film releases next year.