Is Ajay Devgn Shifting Dates For 'Kaithi'? Here's All You Need To Know

Ajay Devgn shifts the shooting dates for 'Kaithi' remake. The actor was to begin shooting for his upcoming venture, before Kathi, earlier this week. 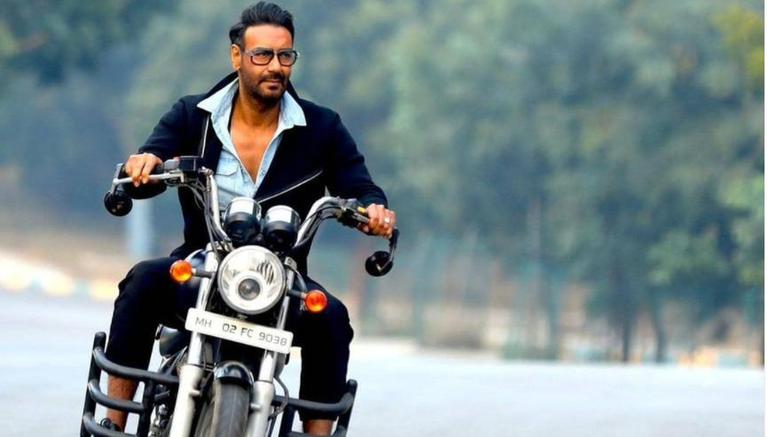 
Ajay Devgn is all set to have a jam-packed 2022 and has several projects lined up for back-to-back releases. The Singham actor was to begin shooting for his upcoming venture, before Kathi, earlier this week. But, the actor recently informed that the shoot has been put on hold for a while.

According to Pinkvilla, Ajay has given dates for another movie which will also be a remake of a superhit south movie. The publication further revealed that the film's mahurat was to happen on January 7, followed by Kaithi's mahurat, but the shoot of that movie got postponed due to various reasons. The source said that Ajay asked to shift those dates for Kaithi so that they won't get wasted, adding that the actor will commence the shooting the first schedule of the high-octane, action thriller at a suburban set in Mumbai.

According to the aforementioned outket, the set-up will include a minimum unit, like the director and a handful of technicians and the rest of all will depend on the current COVID-19 situation. Giving details about Kaithi, the source from Pinkvilla stated that Ajay’s movie is being directed by Dharmendra and will be a completely fresh take, very different from the original Kaithi. It added that the screenplay will be different from the original.

The movie's remake was announced last February by Ajay Devgn and Reliance Entertainment, stating that the actor would reprise the role of Dilli (Karthik Sivakumar) in the Hindi remake of the action-packed thriller Tamil film, Kaithi (2019). The source stated that Ajay will personally work on the script and pre-production and Kaithi will be one of his best movies to date. Adding to it, it was revealed that everything is confidential and under wraps due to the spike in COVID-19 cases in Mumbai and the announcement will be made after the shooting for the first schedule gets completed.

Ajay Devgn on the work front

Apart from that, Ajay Devgn has a bunch of lined-up projects in his kitty, including Kaithi, Raid 2, and Singham 3. Meanwhile, the Sooryavanshi actor has completed shooting for Maidaan, Thank God, Runway 34, Gangibai Kathiawadi, and his first web series, Rudra: The Age Of Darkness last year.

READ | IN PICS | Sunny Leone, Ajay Devgn and other Bollywood celebs spotted in Mumbai
READ | Aparshakti Khurana to Ajay Devgn, actors that will venture into OTT space in 2022

WE RECOMMEND
Aparshakti Khurana to Ajay Devgn, actors that will venture into OTT space in 2022
'Singham 3' touted to be in Ajay Devgn's 2022 lineup alongside 5 back-to-back releases
New Year: Ajay Devgn dives into 2022 with son; Amitabh Bachchan hopes peaceful beginning
Ajay Devgn asks to 'spot the difference' with collage involving son Yug; netizens reply
Boman Irani pens an appreciation post for Big B, Ajay & others in 'Runway 34' team; Read
Listen to the latest songs, only on JioSaavn.com