Kalki Koechlin gushed over beau Guy Hershberg's 'Daddy vibes' in her latest photograph on Instagram. The latter is seen bonding with a child in the snap.

Kalki Koechlin is beaming as she gears up to welcome her first child with Guy Hershberg. From sharing the news with the world, expressing excitement over stylish pregnancy clothes, keenness to learn lullabies, or even leaving celebrities awe-struck by flaunting the baby bump, the would-be mother’s joy knows no bounds. But this phase is not just about her, as she gushed over the ‘daddy vibes’ of her beau too when she saw him bonding with a child.

Kalki on Wednesday shared a picture on Instagram where Guy Hershberg is seen playing the guitar to a child, as the little one strums his strings. She captioned the post, “Daddy vibes already @guyhershberg ?”

For the unversed, Guy Hershberg, who is an Israeli, is a musician by profession, and it seems even Kalki caught on to it through him, as she was also seen playing the ukulele in a recent picture. Apart from music, Guy Hershberg is also into photography. Kalki is into the fifth month of pregnancy at the moment and she is expecting their first baby by December.

Recently, Kalki had featured on Kareena Kapoor Khan’s radio show, where the latter was seen in awe of her ease with the baby bump. Later, sharing a photograph together, Kalki wrote, “Mummy queens.”

After confirming the news to a media publication, Kalki posted the first snap of her baby bump, where she is looking at and holding her stomach, while thanking stylists for comfortable clothes. She wrote, “Relieved I can let that bump hang free after months of stuffing it into costumes which fit me at the beginning of shoot schedules in July but were not so easy to zip up by mid September! And kudos to my style saviours @who_wore_what_when for coming up with innovative ways to cover it up!” 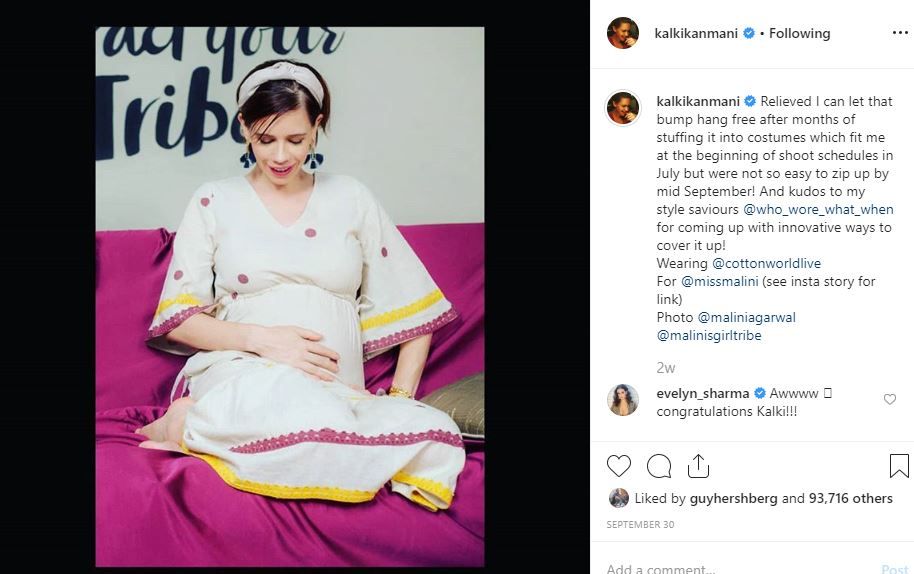 She had an interesting way to ask for lullaby recommendations as she asked her followers, “Part of mummy prep during vanity van waits has been learning lullabies and folk songs from different parts of the world on my ukulele. If you know any beautiful (but not too complicated songs) in your mother tongue send me a youtube link here and I might try to 'pick' it up.” 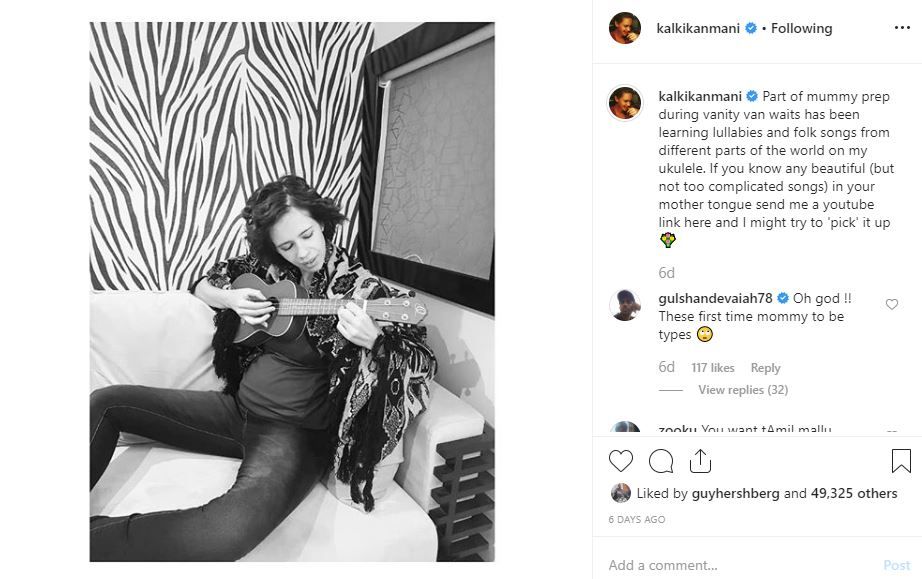 Kalki was previously married to her Dev.D director Anurag Kashyap, before divorcing in 2015. On the professional front, she even worked with Anurag in the recent season of Sacred Games. She also featured in another web series Made in Heaven, while her film Gully Boy is also India’s official entry to the Oscars for next year.

READ: Kalki Koechlin: Stylists Came Up With Innovative Ways To Cover My Bump