On the occasion of Anurag Kashyap's birthday, ex-wife Kalki Koechlin compared him to an 'AK-47' and posted a 'bomb-blastic' wish on Instagram. Take a look-

On the occasion of Anurag Kashyap's birthday, ex-wife Kalki Koechlin compared him to an 'AK-47' and posted a 'bomb-blastic' wish on Instagram. Sharing a picture of AK-47 with colours and butterflies, Kalki wrote, "Happy birthday AK-47. May you keep shooting wild and colorful films for very many years. (sic)"

READ: Kalki Koechlin Makes It Insta-official With Her 'favourite Caveman'

Kalki Koechlin's birthday wish for Anurag Kashyap has been well received by fans and audiences. Many also thought that it was genius. "Bomblastic", "sarcastic yet funny", "beautiful", and "well thought" ranged some comments on the post. 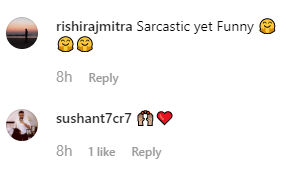 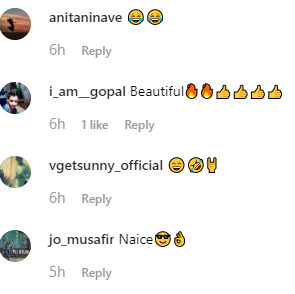 Kalki Koechlin was previously married to renowned filmmaker Anurag Kashyap who directed her critically acclaimed film 'That Girl in Yellow Boots'. The pair tied the knot in April 2011 after almost two years of dating and divorced in 2015. However, unlike most separated couples,  Kalki Koechlin and Anurag Kashyap are known to be good friends. Recently, they collaborated for Netflix's 'Sacred Games 2' and was seen bonding on the sets.

As per media reports, Kalki Koechlin​​​​ describes her character as someone who's complicated, very sincere in her belief system but added 'one can never escape their past'.  "Here is a person who seems to have overcome her difficult past, seems pretty calm but somewhere simmering, there's her past which comes," the actress said.