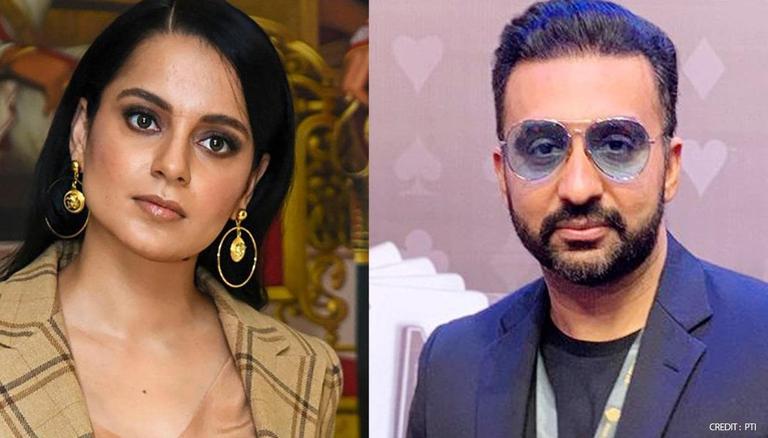 
As the Raj Kundra pornography case has sent shockwaves across the country and Bollywood fraternity in particular, actor Kangana Ranaut has reacted to the news and called the Bollywood industry a Gutter (sewer) while she claimed to expose the Bollywood industry's malpractices in her upcoming movie. She also spoke about the need for having a strong value system in the film industry which has had several shocking incidents including casting couch and drug abuse coming to the fore.

Taking to her Instagram handle, Kangana Ranaut wrote, "This is why I call movie industry a gutter...all that glitters is not gold, I am going to expose under belly of Bullywood in my upcoming production called Tiku weds Sheru..."

"We need strong value system and conscience in the creative industry and a whip of course," she added while citing a media report on Raj Kundra's arrest in the pornographic content circulation nexus. 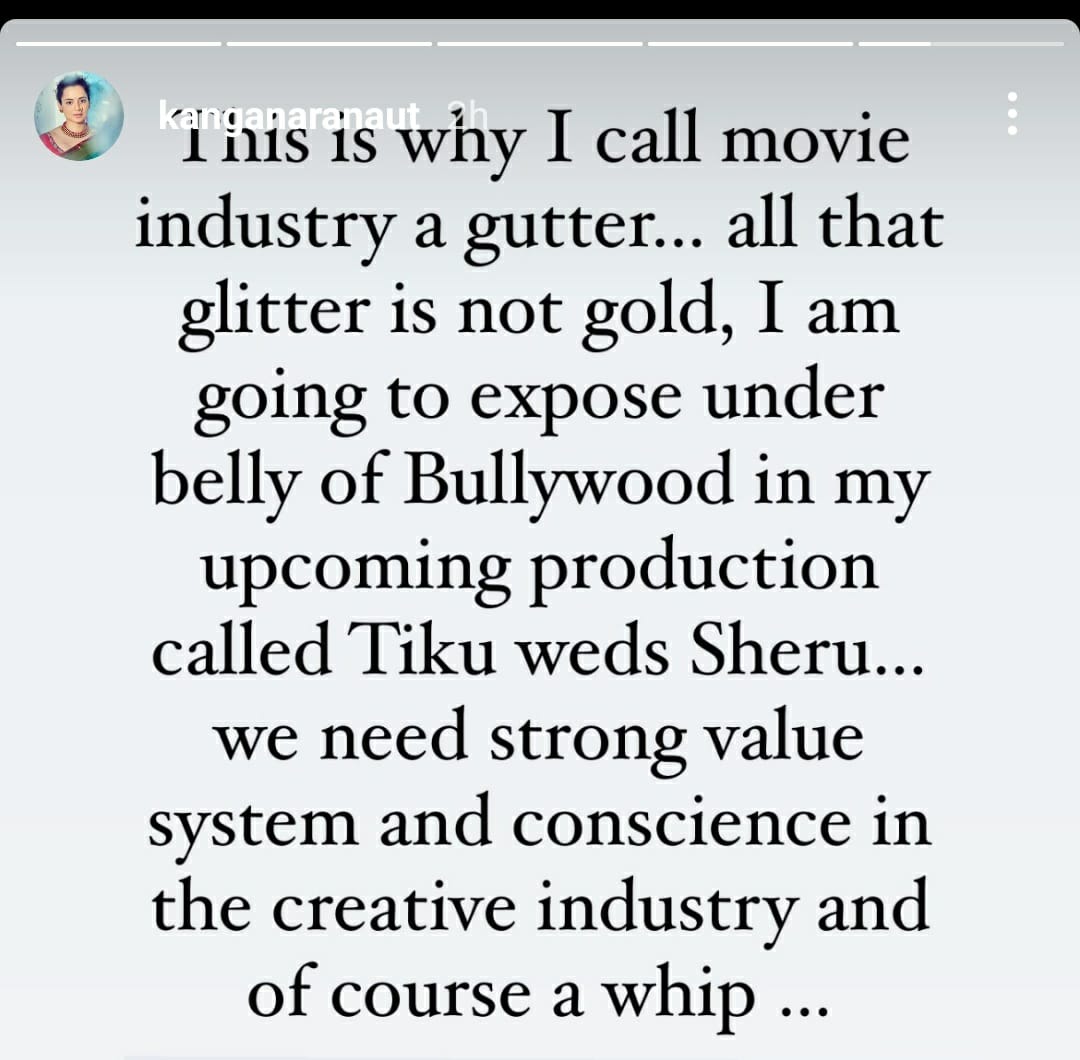 Raj Kundra - Business man and husband of Shilpa Shetty - was arrested in a pornographic content circulation racket by the Mumbai Police on Monday night. The Crime Branch of Mumbai Police on Tuesday addressed a press conference and made shocking revelations on the matter.

While addressing the press conference, Joint Commissioner of Police (Crime) Milind Bharambe said struggling models and artists were lured and promised roles in short films and web series after which they were forced to do nude and semi-nude scenes against their wishes.

Bharambe said Mumbai Crime Branch registered an offence on February 2021, in the Malvani police station regarding the filming and publishing of certain pornographic movies, against the wish of the actors.

"During the investigation, it was observed that small-time artists and models were lured into giving roles and breaks into web series of short stories. The actors were asked to do bold scenes which later translated to semi-nude and completely nude scenes, against their wishes," the CP informed.

According to Bharambe, Raj Kundra's firm Viaan was linked to another firm named 'Kernin' based in London. Kernin owns the 'Hotshots' app, which publishes nude content based on subscription. While both Kernin and Hotshots were registered in London, all its content was being produced and accounts were being handled by the Viaan company in Mumbai.

During the course of the investigation, the Police found documentary and electronic evidence which led to searching Raj Kundra's office where the Police recovered further incriminating content leading to his arrest.