Kiara Advani who is currently enjoying her much-needed vacation with her family in Italy's Lake Como recently took to Instagram to share new pictures!

Kiara Advani who is currently enjoying her much-needed vacation with her family in Italy's Lake Como recently took to Instagram to share new pictures! The Kabir Singh actress can be seen having a swell time while striking a pose over the Arno river. Take a look! 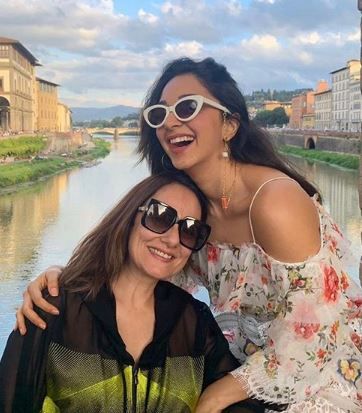 READ: Kiara Advani Is Burning Up The Internet With Vacay Pics From Lake Como 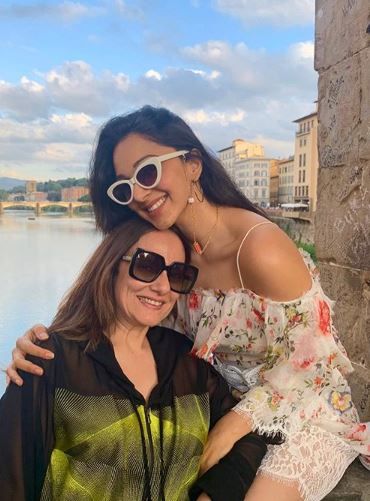 Kiara Advani's father, Jagdeep Advani, is a Sindhi businessman. Her mother, Genevieve Jaffrey, is a teacher. Kiara's mother is of Sindhi, Scottish, Portuguese and Spanish descents. Kiara Advani also has a younger brother, Mishaal Advani. Kiara is also related to many stalwarts of the Bollywood fraternity from her maternal side. Veteran actor Ashok Kumar happens to be her step-great-grandfather. Saeed Jaffrey is Kiara's great uncle. Shaheen Jaffrey, a notable yesteryear model, also happens to be her aunt. Kiara Advani is also the niece of Bollywood actor, Juhi Chawla.

The actress starred in the Hindi remake of Telugu film Arjun Reddy which is helmed by the same director Sandeep Reddy Vanga. It narrates the story of an alcoholic surgeon named Kabir Singh, who has anger management issues. He goes on a self-destructive path after being separated from his ex-lover. It is jointly produced by Bhushan Kumar, Murad Khetani, Krishan Kumar and Ashwin Varde.

What's next for Kiara Advani