Mandira Bedi penned a handwritten note for Raj Kaushal in a unique feature she follows on her Instagram handle. Mouni Roy wrote an appreciation post for Mandira 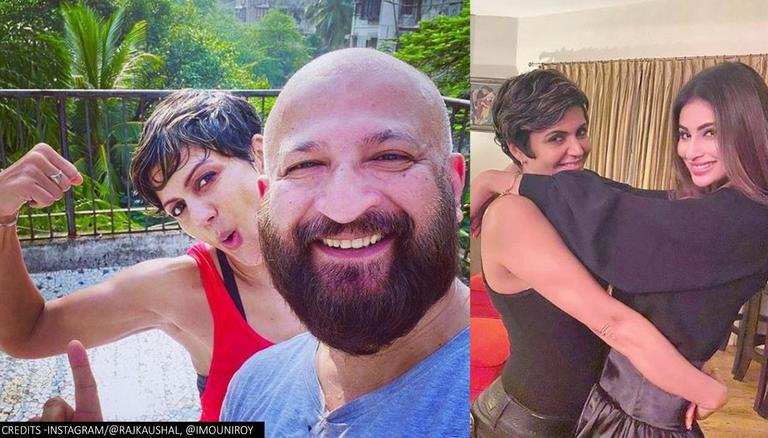 
Mandira Bedi is grappling with the untimely death of her husband, Raj Kaushal last month. The actor is missing the late filmmaker and expressing her grief with just a few words. Her recent post once again displayed how hard she was finding it to come to terms with the tragedy.

The DDLJ star just posted the word ‘Raji’, the name with which she used to fondly address Raj, along with three dots, that conveyed that she had much more to express to her husband.

Since Raj’s death, Mandira has expressed a lot, without expressing much. She had first put a blank picture as her Instagram display picture.

Meanwhile, her close friend Mouni Roy, penned an appreciation post for her. Sharing pictures of their stylish and quirky expressions, the actor called Mandira her 'baby strongest.’

Mouni had previously shared a picture from the prayer meet for Raj Kaushal, held on July 2. She had then captioned it, “We do…. It'll never be the same again.”

Raj Kaushal passed away of a heart attack on June 30. He is known for directing films like Shaadi Ka Laddoo, which also starred Mandira, Pyaar Mein Kabhi Kabhi and Anthony Kaun Hai? and producing My Brother… Nikhil. Numerous celebrities in the film industry mourned his death and expressed their condolences. Some of them also turned up at his funeral.

He is survived by wife Mandira, son Vir and daughter Tara.