Milind Soman Wanted To Be A Farmer At 6; Shares Adorable Childhood Pic As Proof

Actor, fitness enthusiast Milind Soman who is known to share motivational posts on special media looked back at his childhood days and revealed his ambition. 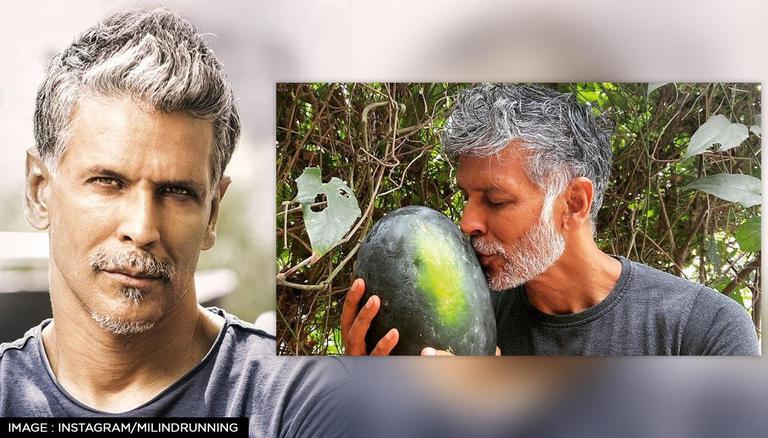 
Actor and fitness enthusiast Milind Soman who is known to share motivational posts on special media looked back at his childhood days and revealed his ambition. The actor shared that till 6 years of his age, he was keen on becoming a farmer. He even shared his picture where he is seen posing with a cloth on his head.

While reminiscing the childhood memories, the actor shared that 50 years later he realized that he has actually become one. He admitted that since he is hearing about food adulteration and vegetables being grown artificially, that he has realized to become one for one’s safety. “Wanted to be a farmer at 6years, and now, 50 years later, I am. Hearing so much about vegetables being artificially coloured and fruits being injected, best to grow your own or get together with friends and do it! Go back to your roots,” he wrote.

Apart from sharing his childhood picture, the actor also shared a boomerang video where he can be seen playing with his homegrown vegetable which he feels is more healthy in consuming. His fans were quick to lend their support to the actor for his thoughts. One of the users wrote, “ Love you for this.” Another follower of the actor wrote, “Great going, dreams turn to reality.”

A third user chimed in and wrote, “Bhagwan aisa farmer sabko banaye.” Milind Soman was recently in the news after he completed a 420-km Unity Run from Mumbai to The Statue of Unity at Kevadia. He began his mission on August 15 and reached his destination in eight days. The actor had recently recovered from COVID and had mentioned that it made the run harder for him. Apart from this, he even participated in a cycling trip from Baramulla to LOC near Uri. The actor, who visited the state with his wife Ankita Konwar, had also penned a gratitude note for the Army on his Instagram page.