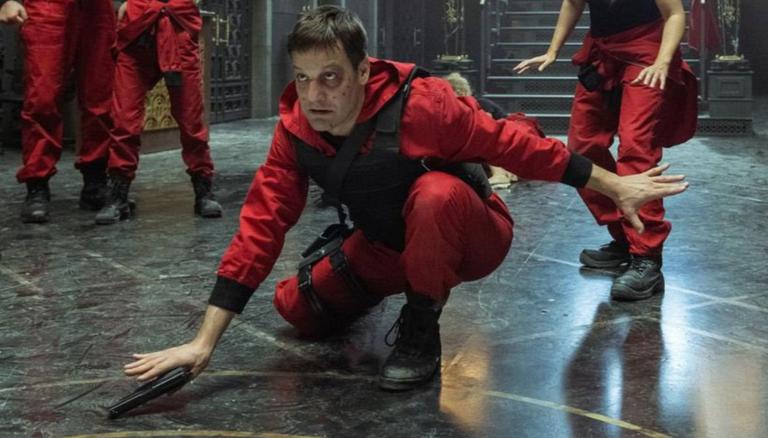 
Argentina actor Rodrigo de la Serna aka Palermo from Money Heist is all set to star in the latest Paramount+ original film for Latin America which is based on the memoir of Argentine author-journalist Martin Sivak. The film is titled El Salto de Papá and Daniela Goggi, known for her works like Abzurdah, Maria Marta and more, and who co-wrote the script with Andrea Garrote, will direct the forthcoming film, which is set to go on floors in Argentina in the coming weeks.

Money Heist's Palermo roped in for a new film

Federico Cuervo, SVP & Head of VIS Americas, in an interview with Variety, opened up about Rodrigo de la Serna's forthcoming project El Salto de Papá. He said, "El Salto de Papá’ will be a story permeated by courage and tenderness as one man seeks to understand his complicated father, giving us a fresh and unique perspective of this shared history." Cuervo went on to state,

"We know de la Serna, who is an extraordinary actor, will masterfully weave the intricacies and nuances of this character to tell this poignant story."

In Money Heist Palermo was the man in charge of the bank, but his volatile personality caused tensions with the rest of the group after which Tokyo assumed command. Later, Palermo became a rival for the crew for some time and was responsible for talking Gandía, the bank's head of security, into freeing himself.

His latest film El Salto de Papá is set in 1980s Beunos Aires and the plot of the memoir revolves around Martin Sivak's equation with his father Jorge Sivak. The story is about the turn of events after the kidnap of Jorge's brother and him taking over the family business.

Apart from Money Heist,  Rodrigo de la Serna is also known for Walter Salles’ epic road movie The Motorcycle Diaries alongside Gael Garcia Bernal. He had enacted the character of Alberto Granado, a companion of Che Guevara in the 2004 movie. He was also honoured with the Independent Spirit Award for "Best Debut Performance" and was nominated for a BAFTA Award for Best Supporting Actor. Revolución: El cruce de los Andes was another of his popular works.