National Cancer Awareness Day is observed every year on November 7. Here are some Bollywood celebrities who have been vocal about their battle against cancer. 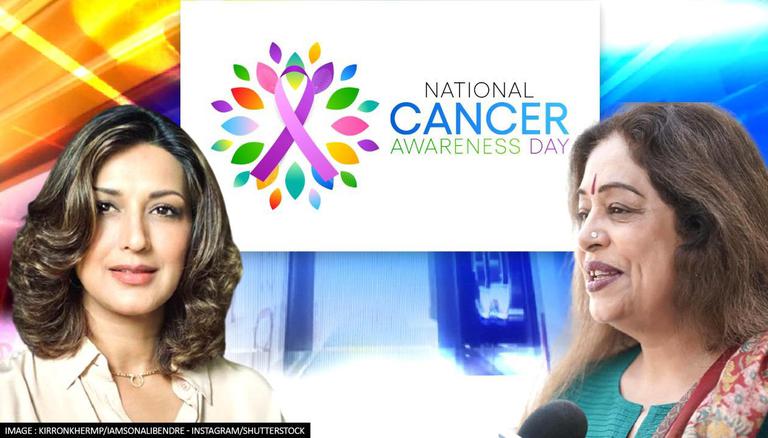 
National Cancer Awareness Day is observed every year on November 7 with the aim of creating awareness about the early detection and prevention of cancer.

Several celebrities from the Bollywood film industry have been open about their struggles and battle against Cancer. Some of them include Sonali Bendre, Kirron Kher and many others.

Bollywood Celebrities who have opened up about battling Cancer

The actor revealed in 2018 that she had been diagnosed with metastatic cancer. She made the announcement on her Instagram account and wrote, "I’m taking this battle head-on, knowing I have the strength of my family and friends behind me." She shared updates about her health with her fans and is extremely open about her journey. Although she won the battle with cancer, she regularly opens up about her experiences related to her health.

The Bollywood actor was diagnosed with ovarian cancer in 2012 and has never shied away from speaking about her journey. She also penned down a book about her experiences, titled Healed: How Cancer Gave Me A New Life, which was published in 2018.

Forever greatful for second chance to life 🙏🏻🙏🏻🙏🏻gm friends.. this is an amazing life and a chance to live a happy& healthy one 💖💖💖 pic.twitter.com/LzCL25mWVc

The Barfi director was diagnosed with lung cancer and was told he had only a 50% chance to live in 2004. The particular type of cancer he was diagnosed with was acute promyelocytic leukaemia. He reportedly wrote several scripts during his treatment, including Life In A Metro and Gangster.

Anupam Kher had earlier announced that his wife, Kirron, had been diagnosed with multiple myeloma. She has been open about her experiences in several interviews and mentioned that she kept busy with work and friends during her treatment.

READ | Sonali Bendre spends her Sunday reading a book; shares it with her 'Book Lovers Club'

On National Cancer Awareness Day, it is important to look into the life of Ayushmann Khurrana's wife, Tahira, who is now cancer-free and often speaks about her health on social media. She was diagnosed with breast cancer in 2018 and had her final chemotherapy session in January 2019. She and her husband are parents to two children, Virajveer Khurrana and Varushka Khurrana.

The Bollywood actor was diagnosed with lung cancer during the 2020 lockdown last year. He went for chemotherapy and quickly beat the illness and gave several interviews about the same. He took a sabbatical from work during this time and focused on his health and his family.