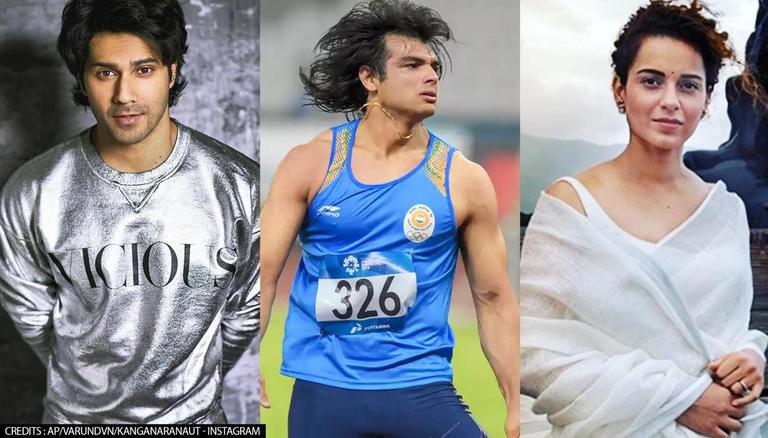 
It is a historic day for India as Neeraj Chopra made history on Saturday, August 7 2021, by bagging the first Gold for India at the Tokyo Olympics 2020. Victory roars from every corner of the country were heard for the young champion. Bollywood celebrities also took to their social media handles to cheer for Neeraj Chopra's win.

The 23-year-old athlete clinched India's first-ever gold at the Tokyo Olympics 2020 in Men's Javelin Throw with the best 87.58m throw. The historic win was lauded by numerous netizens including celebrities and politicians. Taking to their social media handles, Bollywood celebrities like Kangana Ranaut, Akshay Kumar, Deepika Padukone and many more notable celebrities could not contain their excitement as they congratulated the young athlete.

Only a few minutes after Chopra's historic win, actor Kangana Ranaut was left speechless as she took to her Instagram story to congratulate him. The actor shared an image of Chopra and paid a tribute to his parents in the post. On the other hand, actor Varun Dhawan, who was closely following Chopra's matches in the Olympics, could not help but chant 'India! India!' as he cheered for his win. 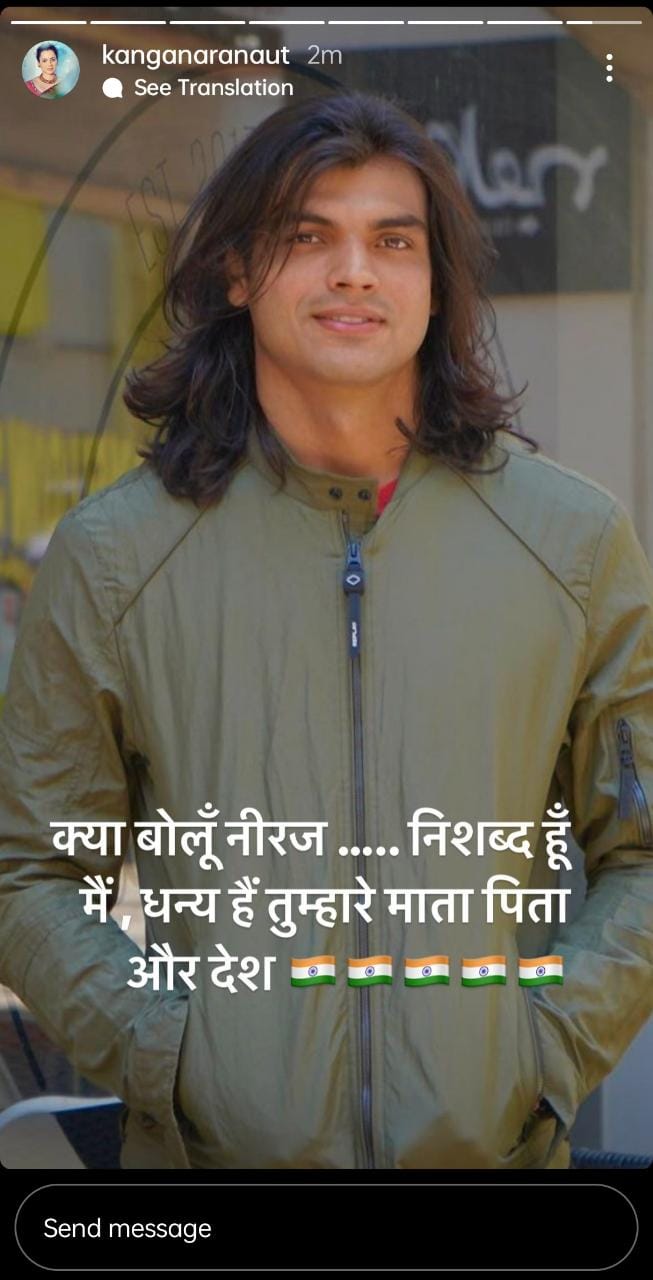 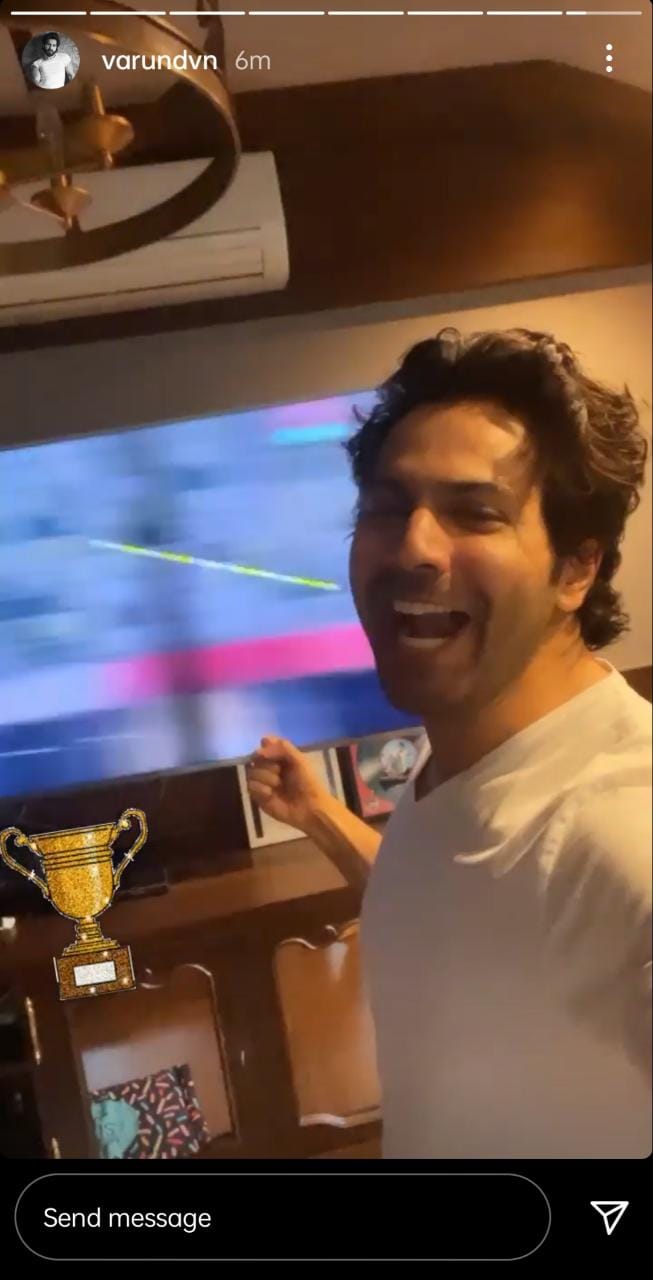 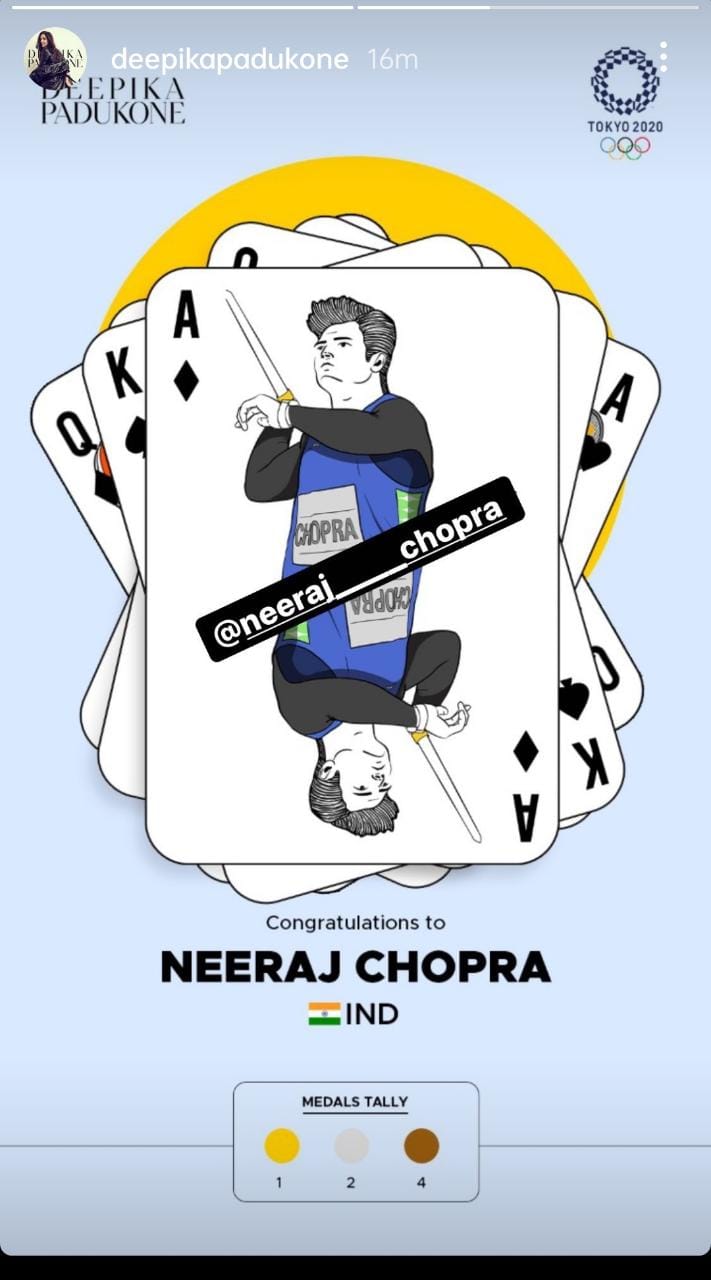 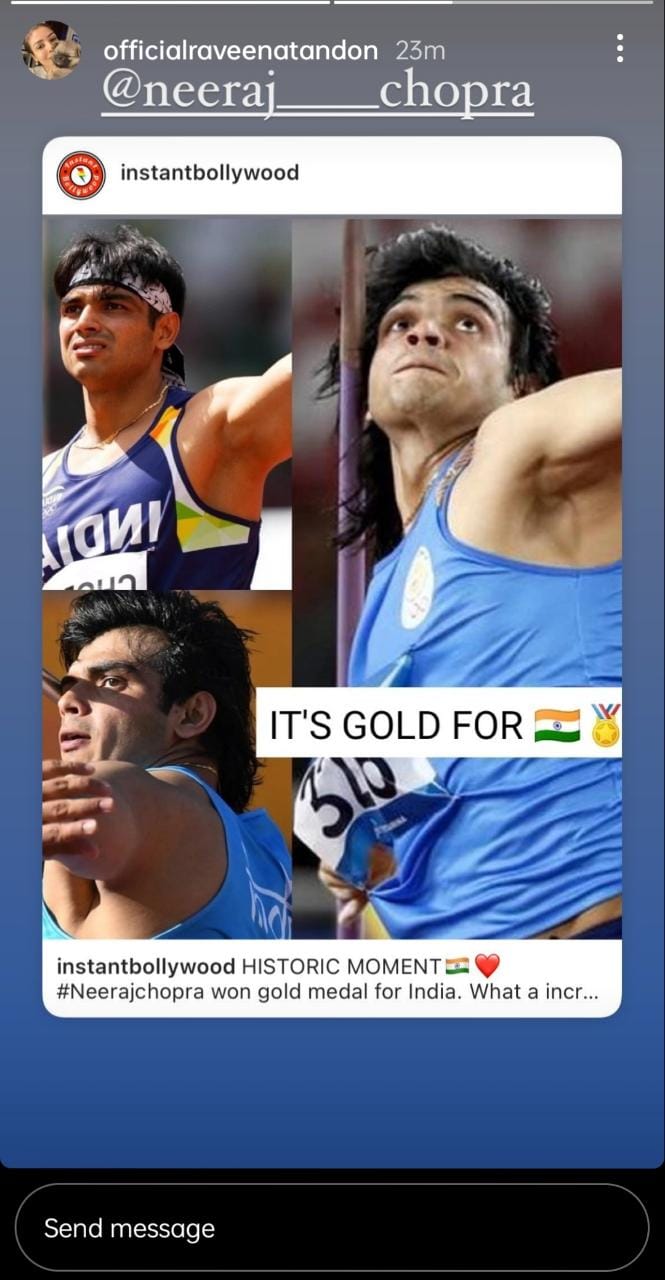 Deepika Padukone shared a unique congratulatory post for the young athlete on her Instagram story. Similarly, Raveena Tandon shared Chopra's multiple pictures from the Olympics and cheered for India's first gold in the event. 16th December actor Dipannita Sharma called the young athlete a 'Rockstar' and praised his performance. Television actor Siddharth Shukla also took to his Twitter to tweet, "You do us proud boy!!! #NeerajChopra a billion thanks for bringing home the #Gold." Meanwhile, Taapsee Pannu jumped up with joy after hearing the news as she tweeted, "It’s a gold!!!!!!! I am jumping with Joy!!!! This young man Neeraj Chopra has created history !!!!!!!."

History created & nailed !!! #NeerajChopra what a delightful performance… unbelievable! Biggest congratulations on winning the Olympic gold in javelin & the first in athletics in a 100 years , from india . This is beautiful… next level … ecstatic ⭐️
What a rockstar. pic.twitter.com/v7rCTTQEzD

You do us proud boy!!! #NeerajChopra a billion thanks for bringing home the #Gold