Neha Dhupia on the occasion of her daughter's first birthday visited the Golden Temple in Amritsar. The couple also shared pics from their visit on social media

Neha Dhupia on the occasion of her daughter's first birthday visited the Golden Temple in Amritsar. The couple also shared pictures from their visit on social media. “Guru ‘Mehr’ Karein (May God be kind) ... #satnamwaheguru #darbarsahib #goldentemple” wrote Neha in her caption. In the picture, Neha can be seen wearing a bright yellow kurta-pajama while Angad is seen wearing a plaid shirt with jeans, he is also seen carrying Mehr who too is wearing a kurta salwar with a sheer dupatta. 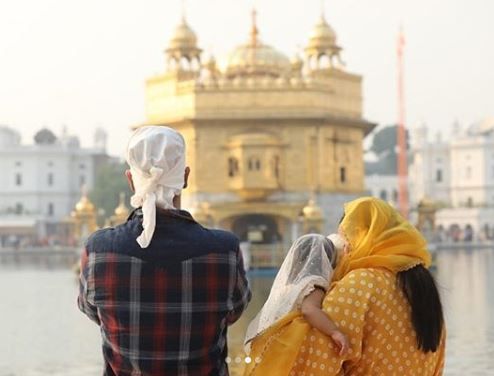 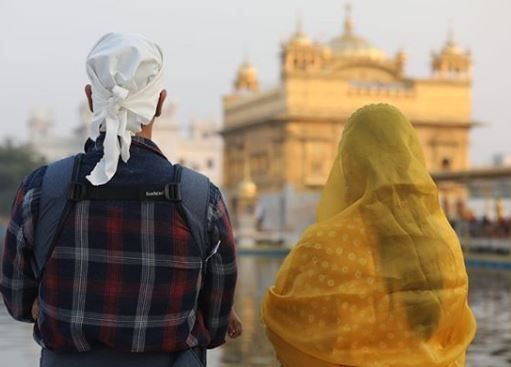 Neha Dhupia is an Indian actor and model who won crowned as Miss Universe in the year 2002 in the Miss India pageant. She made her Bollywood debut with the movie Qayamat: City Under Threat. Neha Dhupia also works in Malayalam, Punjabi and Telugu films. She made her film debut in the year 1994 in the Malayalam movie Minnaram as a child artist. She has appeared in movies like Sheesha, Shootout at Lokhandwala, Dus Kahaniyaan and Kya Kool Hai Hum. Neha Dhupia was also seen in supporting roles in movies like Ek Chalis Ki Last Local, Singh is Kinng, Dear Friend Hitler, Mithya, Chup Chup Ke, and Maharathi. She also is a gang leader in the MTV reality show Roadies.

On the personal front:

Neha Dhupia and Angad Bedi tied the knot in New Delhi last year. The couple, who had been dating for a few months, got hitched in a traditional 'Anand Karaj' ceremony in a Gurudwara. It was a private ceremony and was attended by their families and a few close friends.