Neil Nitin Mukesh's Latest Pictures With Daughter Nurvi Are Too Cute For Words!

Neil Nitin Mukesh and his wife Rukmini Neil Mukesh welcomed their baby girl around two years back. Recently, the Johnny Gaddaar actor took to Instagram and shared two pictures with his daughter. The first post is just a very happy picture of Nurvi and Neil, the second is a family picture that includes Rukmini too. The pictures are just too cute for words! 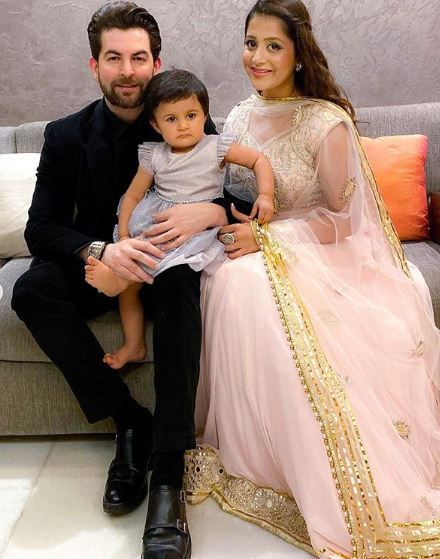 Bollywood actor Neil Nitin Mukesh in the film plays the role of a paraplegic who is wheelchair-bound due to an accident. He is shown to be a prime suspect in the murder of a supermodel Sara which is essayed by Shama Sikander. A police investigation ensues soon after this which leads to the cops concluding that Sara's death was made to look like a suicide and also that the car accident which made Neil wheelchair ridden was a planned attempt by someone. Neil's character soon witnesses another gruesome murder. There is soon a terrifying killer in a mask who is behind Neil Nitin Mukesh's life in the film.

READ: Neil Nitin Mukesh Gushes Over His Dog Maximus On His Fifth Birthday

READ: Neil Nitin Mukesh: 'Bollywood Has Taught Me To Fight For Myself'