Actor Ananya Panday posted a selfie from the sets of Farah Khan's show Backbenchers; she captioned the post by calling her father Chunky Panday 'Tony Stark'.

Ananya Pandey recently took to Instagram and posted a selfie with her father Chunky Panday and director Farah Khan. The father-daughter duo had finished shooting for Farah khan's TV talk show Backbenchers. As veteran actor Chunky Panday clicked the selfie, Farah Khan was seen posing with a pout while Ananya was spotted smiling and in a yellow outfit.

However, what caught the netizens' attention was the caption of the post which read - "Posing with Tony Stark and the hottest principal EVER!!! Thank you for having us @farahkhankunder #Backbenchers".  Ananya Panday called her father Tony Stark because of his resemblance to the 'genius-billionaire-playboy' character from the Marvel universe. Chunky Panday was sporting a semi-goatee and a rim-less set of glasses and looked similar to the Ironman actor Robert Downey Jr. The netizens went berserk with their reactions and comments on Ananya's Instagram as well as Twitter post.

Ananya Panday's comparison of her father with Tony stark was seconded by her Pati Patni Aur Woh co-star Bhumi Pednekar as she agreed with Ananya. However, the Twitterati responded to her post in an altogether different manner. They have been smacking Ananya down with different memes and through their comments on Twitter.

Here are some of their responses: 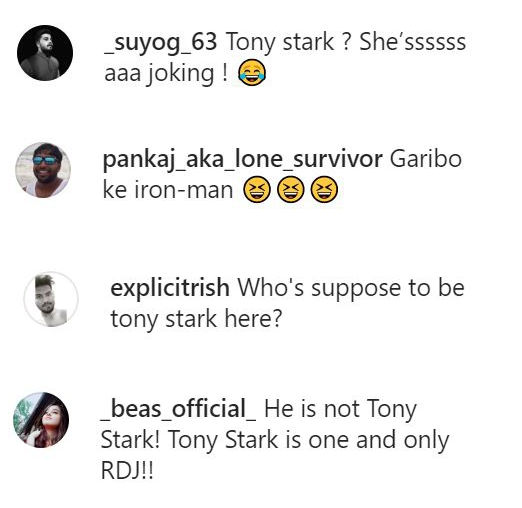 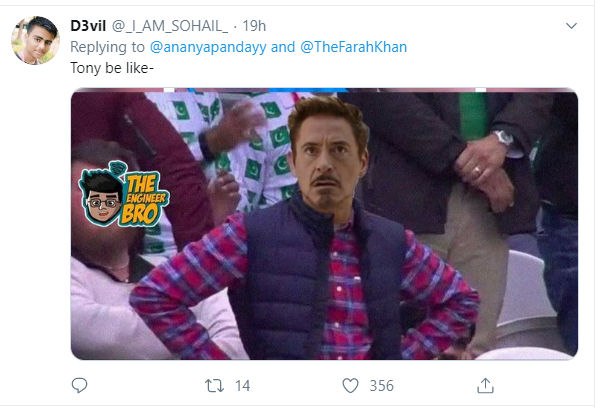 What's next for Ananya Panday?

The Student Of The Year 2 star, who recently celebrated her 21st birthday, has finished shooting for her upcoming film Pati Patni Aur Woh which also features actors Kartik Aaryan and Bhumi Pednekar in the lead roles. The film is scheduled to release on December 6 this year. Post this film, Ananya Panday will be seen in Khaali Peeli opposite Ishaan Khatter, directed by music composer-director Maqbool Khan. It is reportedly a love story which narrates the story of a boy and a girl who bumped into each other in the middle of the night. The movie will have a summer 2020 release.