'Dream Girl' actress Nushrat Bharucha's bikini-clad pictures from her recent trip to Thailand has created a storm on Internet. Wearing a white aztec print bikini, Nushrat sure looks stunning as she poses in the pictures. Designer Manish Malhotra couldn't resist and dropped a comment saying: "Ufff" with a heart emoji. For those unaware, Nushrat Bharucha played showstopper at Manish's grand Summer-Couture 2018 show in March. Take a look at a true water baby that Nushrat plays in her latest holiday pictures raising temperature on social media -

IIFA 2019: Nushrat Bharucha on what she'd change for women in B-town

'Sonu Ke Titu Ki Sweety' actress on her way back bumped into director-producer Ekta Kapoor and Ruchika Kapoor who also praised her bikini bod and were surprised to see Nushrat losing weight after her 10-day trip to Thailand. 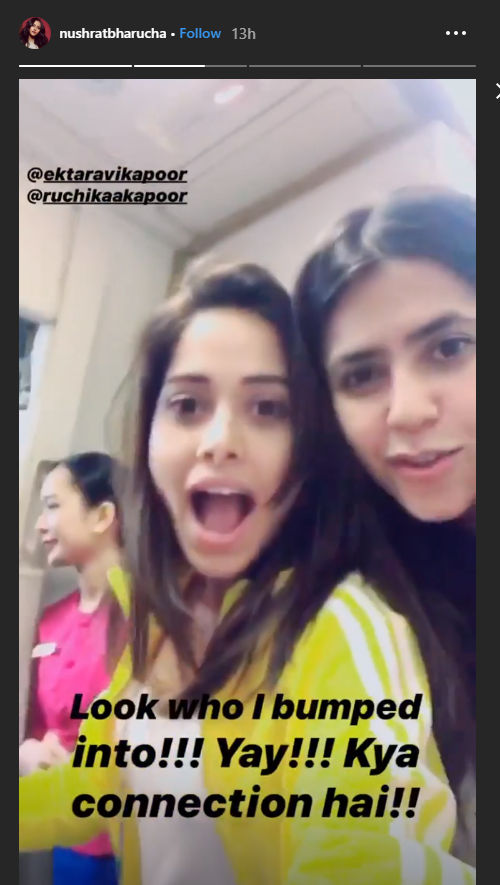 Nushrat Bharucha says coming from movies like "Pyaar Ka Punchnama" and "Sonu Ki Titu Ki Sweety", no one could have imagined she'd do a Hansal Mehta film. The actor, who has worked with the filmmaker on "Turram Khan", said the experience was enriching and challenging. "Turram Khan" is a social comedy based in a small town in Uttar Pradesh and also features Rajkummar Rao, Mohammad Zeeshan Ayub and Saurabh Shukla. Nushrat said "Turram Khan" is a different territory for her.

"Hansal Mehta has combined comedy and it comes from a very strong space. I am proud I was able to be a part of that world of Hansal sir's cinema. If you think about it, me coming from 'Pyar ka Punchnama' and 'Sonu Ke Titu Ki Sweety', no one would have thought she could do a Hansal Mehta film," Nushrat told PTI.

Nushrat will also be seen in "Hurdang", a love story set in the backdrop of the 1990s where the actor will be seen playing a fearless girl who doesn't mince words. The film also features Vijay Varma and Sunny Kaushal. "I play an IAS aspirant. There was a different mindset in the '90s of how a girl should be, what her education should be, whom should she be married to, what should the future hold for her. Nushrat was recently seen in "Dream Girl".

Nushrat Bharucha: I do not support size zero to stay fit and healthy