Priyanka Chopra named the engagement ring from her husband Nick Jonas as the most stunning jewellery she ever received. Here's the reason why: 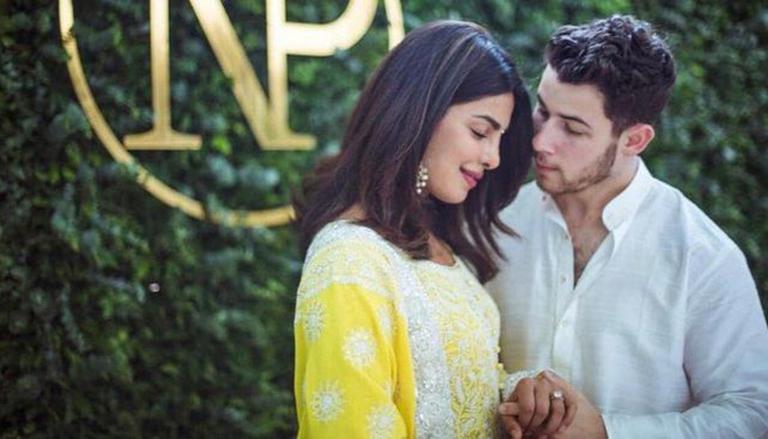 
When rumours of Priyanka Chopra and Nick Jonas' engagement had surfaced for the first time in 2018, one incident had gone viral. It was reported then that Nick Jonas had shut down a store of well-known jewellery brand, Tiffany, in the United Kingdom to find the perfect ring for her. Three years later, the ring remains one of her prized possessions.

Priyanka Chopra, in an interview with Vogue Arabia, was asked about the most stunning jewellery she had received. The Mary Kom actor first joked that Nick Jonas would 'kill' her if she did not mention the engagement ring.

READ | Inside Priyanka Chopra's Diwali outfits: From lehenga to saree, how 'desi girl' nailed all

She then said that the ring was indeed the most special jewellery for her, as she found it 'unexpected'. She added that since she attached a sentimental value to her jewellery and had memories connected to it, the engagement ring was definitely the answer to the question.

The ring is reportedly priced at over ₹2 crores.

Shortly after this news had surfaced, Priyanka and Nick had formalised their relationship with their family members at a roka ceremony in India in August 2018. They tied the knot on December 1, 2018, and got married as per both Christian and Hindu rituals.

READ | Priyanka Chopra shares glimpse of Dubai's skyline; says 'so happy to be back'

The couple is among the power duos of the film industry, not just in Bollywood, but even abroad. The duo is often in different parts of the world due to their work commitments, but even then ensure that their love for each other is not affected. A glimpse of this was when they made special arrangements for each other during their birthdays earlier this year, despite not being with each other for their special day.

On the professional front, Priyanka will next star in The Matrix 4. Nick launched his album Spaceman this year and starred in the movie Chaos Walking.