Priyanka Chopra On Her 'Mary Kom' Role: 'Someone From Northeast Should Have Played It'

Priyanka Chopra essayed the role of the boxing champion, Mary Kom in the 2014 film by the same name and was hailed by fans for her performance. 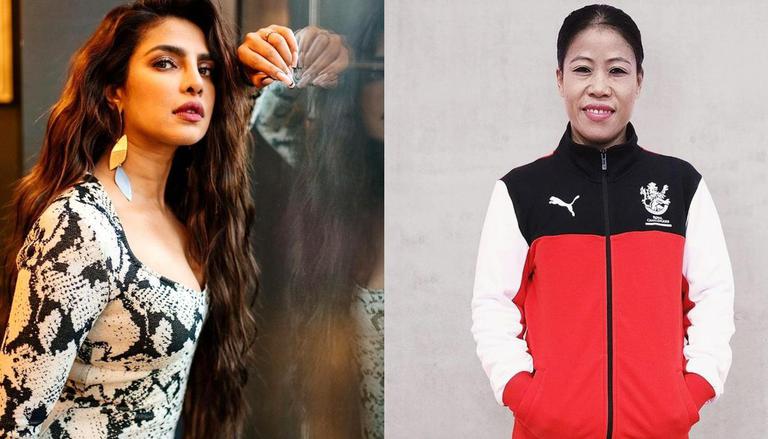 
Priyanka Chopra essayed the role of the boxing champion, Mary Kom in the 2014 sports drama based on her life and was hailed by fans for her performance. In an interview with Vanity Fair, the actor discussed the casting of the film and mentioned that someone from the northeast should have played the role of the boxing champion. The film was helmed by Omung Kumar and is also available on Netflix for fans to watch.

The actor recently spoke to Vanity Fair and mentioned that she was initially 'sceptical' about taking on the role, and called Mary Kom a 'living, breathing icon' who made space for other female athletes in the world of sports. She then mentioned that she and Mary Kom 'physically didn’t look alike' and that an individual from the northeast should have been cast in place of her. However, Chopra mentioned she was 'greedy' as an actor to tell the short of the athlete who inspired so many across the world.

She told the publication, "She comes from the northeast of India and I am from northern India and we physically didn’t look alike. In hindsight, the part should have probably gone to someone from the northeast. But I was just greedy as an actor to get a chance to tell her story, because she inspired me so much, as a woman, as an Indian woman, as an athlete."

The Bollywood star also mentioned that she trained hard for the role and also spent time with Mary Kom and her family. She met her children and husband and also visited her home. She shared that she trained for the movie for five months and had to 'physically alter' her body to get into an 'athlete’s shape'. She mentioned that the role she took on was physically and mentally tough and as she did not look like Mary Kom, she decided to 'embody her spirit'. Chopra was last seen in The Matrix: Resurrections and will soon be seen making her come back to Bollywood with Jee Le Zara alongside the much-loved Alia Bhatt and Katrina Kaif.

WE RECOMMEND
Priyanka Chopra opens up about her Indian culture; says "My home is always with me"
Priyanka Chopra mourns the sudden demise of comedian Bob Saget; Calls it 'End of an era'
Priyanka Chopra says she is grateful to be in 'Matrix', 'was star-struck the whole time'
'I usually don't get mad...': Priyanka Chopra slams journo questioning her Oscar nom creds
Priyanka Chopra flaunts her stunning 'new look for new year' with a crisp video; Watch
Listen to the latest songs, only on JioSaavn.com