Post welcoming her daughter Maltie Marie Jonas home after 100 days in the NICU, actor Priyanka Chopra has been completing her professional commitments. 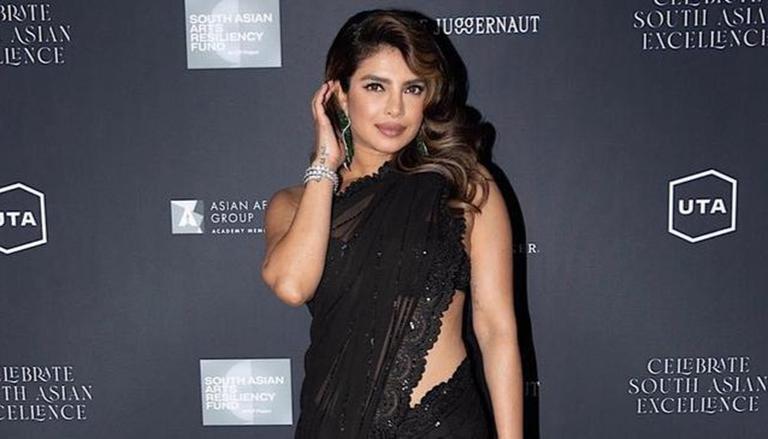 
After welcoming her daughter Maltie Marie Jonas home after 100 days in the NICU, global sensation Priyanka Chopra has now resumed working on her professional commitments. The actor recently returned to the shooting sets of her upcoming series Citadel. After returning to the sets, the actor has been treating fans with various BTS from set life.

Recently, Priyanka shared a picture from the shooting sets where she flaunted her bruised face after completing an action scene. Sharing the picture, Priyanka wrote on Instagram, “Did you have a tough day at work as well? #actorslife #citadel #adayinthelife @agbofilms @amazonstudios.”

In the picture, The Sky is Pink star can be seen in a black top and a hint of blue eyeshadow. However, what caught the attention of the fans and left them worried was some blood marks on Priyanka's face along with some minor bruises. Soon after Chopra shared the picture, fans took to the comments sections to express their concerns regarding the actor's well being.

One of the fans of the Baywatch star wrote, "Omg for a sec I thought you got hurt." Another user wrote, " What happened are you ok?" A third user chimed in and commented, "You scared me Priyanka" while another echoes similar sentiments and wrote, " Oh I can't wait for this show." Citadel is a science fiction series being created by the Russo brothers for Amazon Prime Video. It also stars Richard Madden alongside Priyanka Chopra.

Meanwhile, speaking about the spy series with Variety, previously, Joe Russo had mentioned that the storyline of the series has been kept tightly under wraps because the storyline is set in the big world against the backdrop of a thriller. Each show features complimentary narratives, set in different locations, using different characters but are all tangentially associated with one of the two major organisations that are in the show.

Priyanka had finished an earlier London schedule in December last year and has resumed her work on the same recently post welcoming her daughter home on Mother's Day. Apart from Citadel, the actor will next be seen in Farhan Akhtar directorial Jee Le Zaraa alongside Katrina Kaif and Alia Bhatt.