A question on Kareena Kapoor & Saif Ali Khan's son's name in a GK question paper landed a MP school in trouble. A notice will be issued to the school. 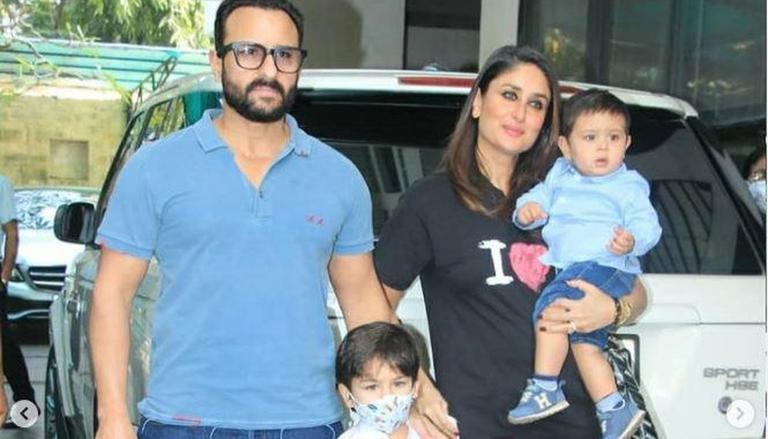 
A question on Bollywood couple Kareena Kapoor and Saif Ali Khan in a general knowledge exam paper landed a Madhya Pradesh school in trouble. A showcause notice will be issued to the school after objections were raised against it. The education department has stated that action will be taken against the school as per the orders of the higher authorities.

While the school authorities defended their decision and stated that it should be looked at as a way to expand students' knowledge, the district education officer was in no mood to pardon it. He said questions should be asked to enhance a students knowledge in the interest of the nation. The incident also became a talking point on social media with the question paper being shared by netizens on social media.

As per a report by PTI, the incident took place at Academic Heights Public School in Khandwa on Thursday. Students of term-end exam-II of Class 6 were asked the question "Write the full name of the son of Kareena Kapoor Khan and Saif Ali Khan," in the general knowledge exam.

The question did not please local parents-teachers' body. An office-bearer of the organisation, Anis Arjhare, was quoted as saying that the questions should be on great personalities or national heroes like Chhatrapati Shivaji Maharaj and Ahilyabai Holkar. He sought action against the school.

District education officer Sanjeev Bhalerao confirmed to reporters that a notice would be issued to the school and said, "After getting a reply from the school, further action will be taken as per the directives of the higher authorities."

Academic Heights Public School's Director Shweta Jain said that the question paper was set by a Delhi-based organisation, which has a tie-up with the school. She said those raising objections on the paper were not parents of the school.

"So far, none of the parents of the school have made a complaint," she said. She also stated that it was not right to link the question to religion or communalism and that it should be looked as an effort to enhance knowledge.

WE RECOMMEND
Kareena Kapoor reveals Saif Ali Khan spoils Taimur while she has to be stern
Kareena Kapoor captures Jeh taking his first steps, says 'Mera Beta, Time is Flying'
Kareena Kapoor 'misses her babies' after being quarantined due to COVID
Kareena Kapoor's mood swings fixer is winning hearts from Dia Mirza, Saba; Watch who he is
Kareena Kapoor breaks silence after contracting COVID-19, says ‘one person passed it on’
Listen to the latest songs, only on JioSaavn.com