'Raavan Leela' Trailer Out: Portrays A Modern Twist To The Indian Mythological Saga 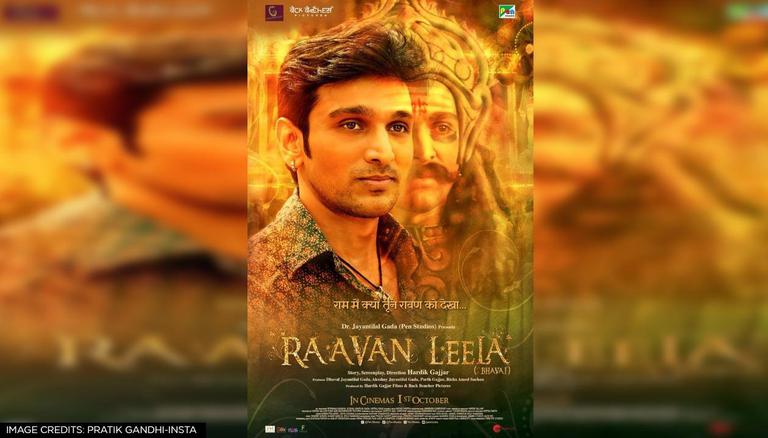 
Makers of the Raavan Leela have released the first trailer of the film. The trailer offers an interesting blend of the present Indian society with the popular Hindu mythological saga. The movie stars  Pratik Gandhi of Scam 1992 fame along with actor Aindrita Ray in the lead roles. The two-minute-long trailer manages to feature all emotions of drama, love, joy, action, drama and conflict.

The trailer opens up in a village, where a drama company has arrived to organise and perform the first-ever Ram-Leela show in that place. The male protagonist, Raja Ram Joshi, essayed by Pratik, is excited to join in and play the role of Ram, but somehow ends up playing Raavan. He falls in love with the girl who is playing Seeta, essayed by Aindrita Ray, and the trailer captures moments of their budding romance and the fun and frolic during the Ram-Leela theatre practices.

The second half of the trailer gives a glimpse of the conflict, the obstacles imposed by the societal norms against their romantic relationship. Raja and Seeta's  story comes to a standstill to make people think and differentiate the gap between a real and reel life due to their blind faith and mental blocks, their fake religious beliefs were affecting their thoughts and actions against the couple

Meanwhile, Pratik Gandhi garnered national attention and widespread critical acclaim for playing stockbroker Harshad Mehta in the 2020 biographical drama web series Scam 1992. The series is adapted from journalist Sucheta Dalal and Debashish Basu's 1992 book The Scam: Who Won, Who Lost, Who Got Away. Gandhi will next be seen in the movie Dedh Bigha Zameen alongside Khushali Kumar in the lead roles.