Superstar Rajinikanth who returned to Chennai a couple of days back from the US is set to jet off to Kolkata to complete the shooting of his next 'Annaatthe'. 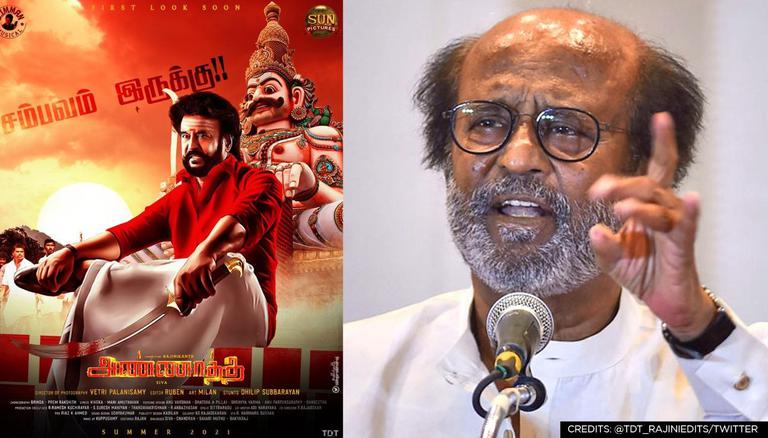 
Superstar Rajinikanth who returned to Chennai a couple of days back from the US is set to jet off to Kolkata to complete the shooting of his next film Annaatthe. The film directed by Siruthai Siva features an ensemble star cast including Nayanthara, Keerthy Suresh, Meena Khushbu, Prakash Raj, and Soori in pivotal roles.

Rajinikanth to leave to Kolkata for Annaatthe shooting

According to various media reports, the cast and crew of the film will fly out to Kolkata on July 14, to wrap up the final schedule of the film. Annaatthe is set to release in theatres on November 4. Rajinikanth, who recently returned to Chennai after a general health check-up in the US, is set to get back to work. The actor along with his wife left the country on June 19 for regular health check-ups. Since the Darbar actor got his kidney transplant in 2016, he makes a yearly visit to the US to meet his doctors for a general check-up. The forthcoming film Annaatthe is one of the most-anticipated ones and fans have been waiting to catch the superstar on the big screen since the time the film was announced. The majority of the film was completed before the second wave of the novel coronavirus pandemic rattled the country.

READ | Rajinikanth returns to Chennai from US after health check-up, greets fans at airport

After wrapping up shooting in Hyderabad, the team of Annaatthe is set to jet off to Kolkata for four days to wrap up the final schedule of the film. Touted to be a rural entertainer, the film’s music is composed by D Imman. After the hit film Darbar, Rajinikanth is set to impress his fans with the next Annaatthe. With a unique storyline, the film will see the Petta actor in a never-seen-before avatar.

READ | WATCH: Rajinikanth's lookalike fails miserably as he attempts to pull off a stunt on stage