Rakul Preet Singh has worked with some of the biggest names in the South languages. However, one name missing from the list is Vijay Deverakonda. The actor had earlier revealed her wish to share screen space with the Arjun Reddy star, but that has not been possible till now. However, there did come a chance for Rakul to work alongside Vijay Deverakonda once; she was approached for Geetha Govindam. The Marjaavaan star revealed that she could take up the offer because he had already signed De De Pyaar De and adjusting the dates was not possible for her.

In a recent interview with an entertainment portal, Rakul revealed that she was first offered Geetha Govindam.  However, she had to turn down the offer because she had already signed Ajay Devgn’s De De Pyaar De. Since the shooting was to take place at the same place, it was not possible for her to adjust the dates for the Telugu film. Though she admitted that she was extremely eager to be a part of the film, she did not have any regrets on rejecting the offer. 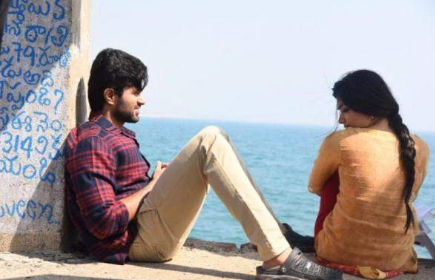 The role offered to Rakul eventually went to Rashmika Mandanna. Geetha Govindam, that released in August 2018, traced the story of the character of Vijay Deverakonda, a college professor who tries to woo Rashmika Mandanna and all the hurdles in their paths. The movie was a success at the box office and even Chiranjeevi had attended the success event.

Another reason why Rakul perhaps wouldn’t regret her choice then was because De De Pyaar De too was a success. It was also the first time that she was paired opposite a senior male star in Bollywood, Ajay Devgn. The romantic comedy, also starring Tabu, had earned close to Rs 100-crore at the box office. Rakul had played the role of a 25-year-old woman in the movie, who falls in love with a man, twice her age. The plot revolved around the hilarious situations after the man’s ex-wife also comes into the picture.

Meanwhile, Rakul recently featured in Marjaavaan. She had played the role of a sex worker in the movie. She was once again paired opposite Sidharth Malhotra after starring in Aiyaary last year. The movie also starred Riteish Deshmukh and Tara Sutaria.